The 2016 NFL season is just around the corner. As such, Sportsnaut will be previewing all 32 teams before the games begin in September. Continuing the series, we continue with the AFC North to provide a Pittsburgh Steelers 2016 preview to discuss a team that needs Ben Roethlisberger to stay healthy for a postseason run.

Like all great quarterbacks, Roethlisberger is the key to determining whether or not the Steelers will be a playoff team.

When he went down with his knee injury last year, Pittsburgh’s offense went stagnant.

The #Steelers were a different team on offense without Big Ben in the lineup last year. pic.twitter.com/B8rVoJlKE6

Establishing a running game is key, as is protecting him up front. The running game was not a problem last year, but the offensive line has long been more than inadequate, and the Steelers haven’t been able to fix the issue to this point.

This is why Big Ben continues to get banged up season after season. He’s missed 21 games due to various injuries throughout his career, and that number would probably be doubled if not for his insane ability to play through pain.

If he can play all 16 games, then Pittsburgh is a shoo-in to make the playoffs and probably make a deep run.

2. Can Le’Veon Bell stay out of trouble?

Already suspended the first four games of the season, running back Le’Veon Bell is on perilously thin ice with the NFL right now. Despite assuring his Instagram followers that he would win the appeal on the suspension, Bell isn’t so sure about it now.

This means that another missed or failed drug test would likely result in a year-long ban, much like what teammate Martavis Bryant is currently dealing with. Such a ban would not only be disastrous for Bell’s NFL career, but it would also be disastrous for the Steelers.

When he’s on the field and healthy, Bell is one of the elite NFL running backs. He is especially valuable because he can catch the ball as well as any receiver, in addition to his outstanding rushing abilities.

It all came together for the former Michigan State running back in 2014 when he totaled 2,215 yards and 11 touchdowns.

Veteran DeAngelo Williams performed admirably in Bell’s place last year when he went down with a knee injury. With that in mind, the Steelers should be fine if Bell misses just four games. But if he messes up again and is banned for a year, it will hurt the offense in a big way.

3. Will the defensive secondary be any better?

The Steelers were atrocious at defending the pass last year, finishing as the 30th-ranked passing defense in the NFL.

The only saving grace was that, while they did allow 29 touchdowns, they also tallied 17 interceptions, which was the sixth-most in the league.

The defense was dealt a huge blow already when cornerback Senquez Golson, a second-round pick last year, was found to have a Lisfranc injury that could sideline him for at least 12 weeks. The latest on this front is that Golson might need surgery on the foot, which would almost certainly mean he would miss the entire season.

This would put tremendous pressure on a secondary that is already short on talent on the corners. 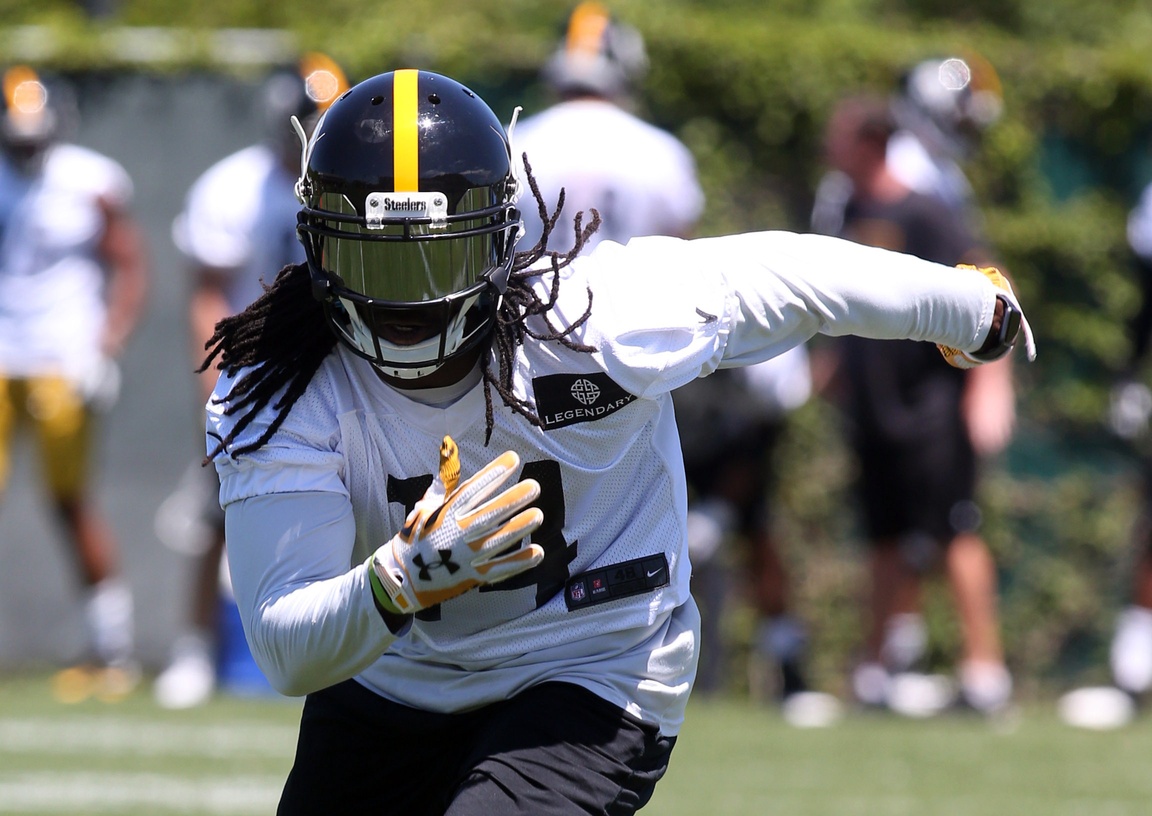 As a rookie coming out of Auburn, Coates was barely an afterthought for the Steelers last year. He was targeted just twice all year, totaling one catch for 11 yards.

Things should be different this year. With Bryant out for the season, someone needed to step up in his place, and it appears Coates will be that guy. Already in training camp, he’s been “a regular” running with the first-team offense, and offensive coordinator Todd Haley recently lauded him as a player who will help fill the void left by Bryant.

Tremendously fast and blessed with 6-foot-1, 212-pound size, Coates will be a matchup nightmare for opposing defenses, which will already have to contend with the likes of Antonio Brown, Markus Wheaton and burner Darrius Heyward-Bey.

Assuming Roethisberger can stay on his two feet this year, Pittsburgh’s offense is primed to absolutely torch opposing defenses through the air. The emergence of Coates and Wheaton, the resurgence of Heyward-Bey and the steady production of Brown — not to mention the addition of tight end Ladarius Green — will keep defensive coordinators up at night.

On the other side of the ball, perhaps the team’s young defensive front will bring back the Steel Curtain to make up for the lack of depth in the secondary.

Who really believes Big Ben will stay healthy this year? Behind him, Bruce Gradkowski and Landry Jones should scare the crap out of Steelers fans, meaning the season could go down the tube if Roethlisberger does get injured.

The offensive line isn’t spectacular, and we’ve already discussed the secondary troubles on the defensive side of the ball.

Plus, the AFC North is a brutal playground for a team that isn’t at the top of its game.