Pistons to visit Knicks on March 4 in schedule change 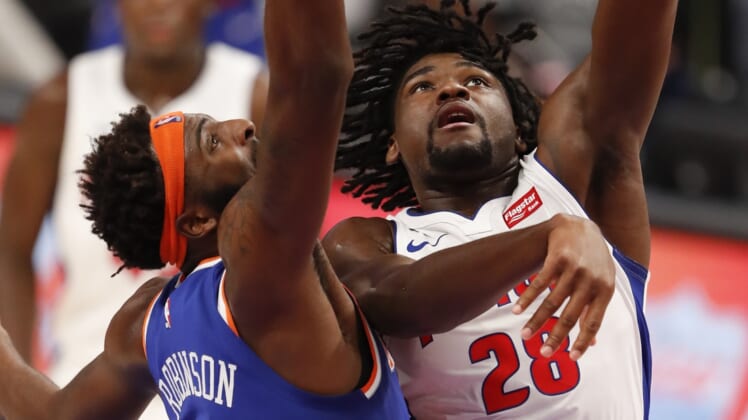 The Detroit Pistons will visit the New York Knicks on March 4, an addition to the NBA’s first-half schedule, the league announced Friday.

The game had been planned for the season’s second half, after next month’s All-Star break. Instead, it will be played on the final day before the break.

The Pistons began Friday with an Eastern Conference-worst record of 8-20. They were in Memphis to face the Grizzlies on Friday.

The Knicks are 14-16 and tied for one of the last playoff spots in the Eastern Conference. New York’s game planned for Saturday at home against San Antonio was postponed because of COVID-19 issues with the Spurs.

The Knicks’ next scheduled game is also at home, on Sunday vs. the Minnesota Timberwolves.