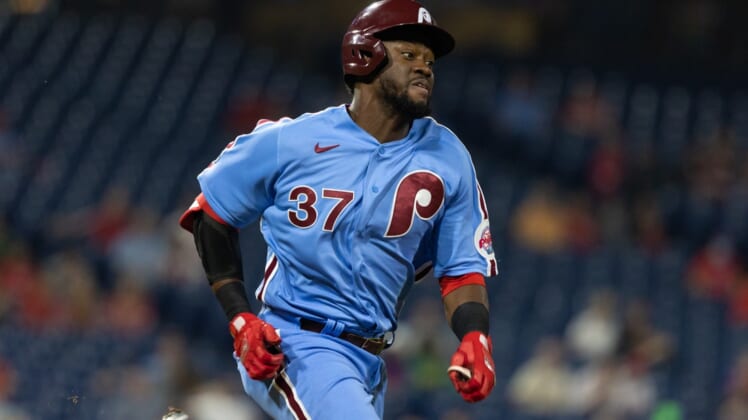 Herrera, 30, began the season on the 10-day IL with an oblique injury. He batted .281 with three RBIs in eight games on rehab assignments with Class-A Clearwater and Triple-A Lehigh Valley.