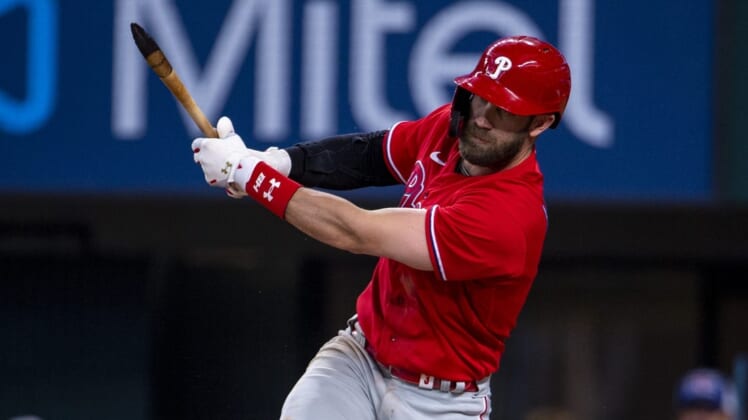 While that’s likely seen as progress since having three pins removed from his fractured left thumb on Monday, Harper insists there’s more time needed in his recovery. He’s also been dealing with a torn ligament in his right elbow.

Harper filled the designated hitter role since mid-April because of the elbow ailment until he was hit by a pitch from San Diego Padres left-hander Blake Snell on June 25, causing the broken thumb.

As for his elbow, well, Harper didn’t seem too concerned.

“That’s kind of on the back burner for me right now,” Harper said. “I just want to get back in the lineup, get my swing going and get ready so I can get back in the lineup. I’m not (concerned) about getting back to throwing as quickly as possible, because I really want it to heal so I don’t have to do anything in the offseason — go under the knife or anything like that.”