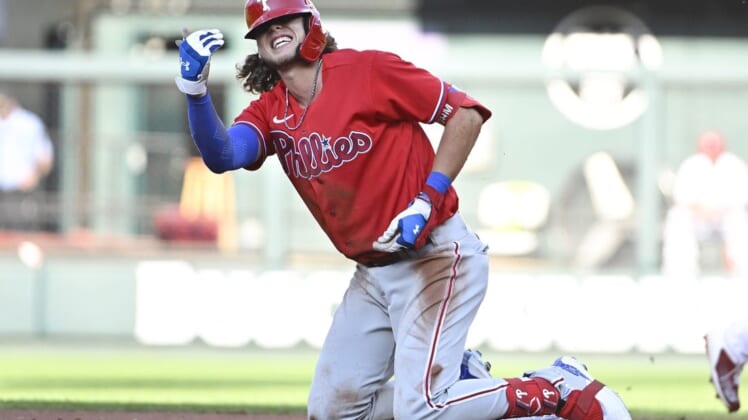 Bohm injured the hand during a head-first slide into second base trying to stretch a single into a double. He exited the game with a trainer holding his hand.

Yairo Munoz entered the game to replace Bohm at third.

Entering Monday’s game, Bohm, 25, was batting .271 on the season with six home runs and 33 RBIs over 81 games. It is Bohm’s third season in the major leagues after Philadelphia made him the third overall pick in the 2018 draft.