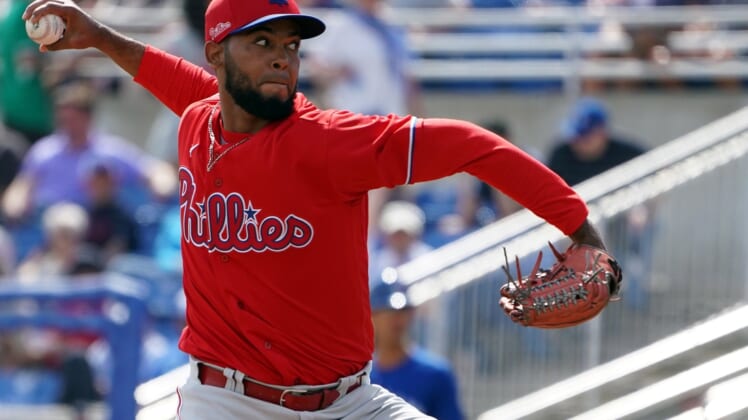 The Philadelphia Phillies recalled right-hander Seranthony Dominguez on Saturday for the final two games of the season, while right-hander Connor Brogdon was placed on the 10-day injured list with groin tightness.

Dominguez returns to a major league roster for the first time since 2019 after recovering from Tommy John surgery. The 26-year-old is 5-5 in 80 career relief appearances with 16 saves and a 3.27 ERA.

Brogdon, 26, was 5-4 with a 3.43 ERA in 56 appearances in what was technically his rookie season after making his MLB debut last year with nine relief outings.