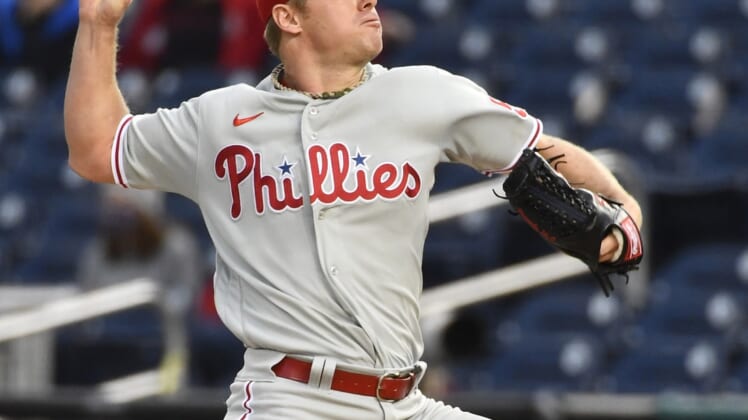 To replace them on the active roster, the team reinstated right-handed closer Hector Neris from the paternity list and recalled left-hander Cristopher Sanchez from Triple-A Lehigh Valley.

Neris went on the paternity list on Saturday and was expected to be away from the team for up to three days. The 31-year-old is 1-3 with a 1.96 ERA and nine saves in 24 games. He has struck out 27 batters and walked eight in 23 innings.

Sanchez, 24, has never pitched in the major leagues. He is 1-1 with a 3.74 ERA in six games (five starts) this season at Lehigh Valley.