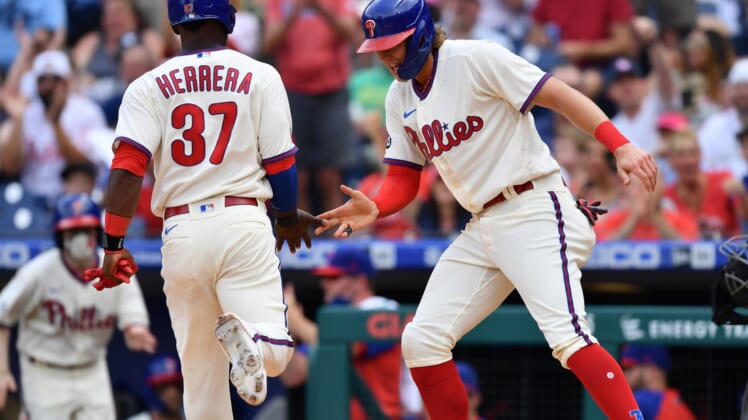 J.T. Realmuto and Andrew McCutchen each had two hits and two RBIs for the Phillies, who won their fourth straight game. For the first time this season, the Phillies have won three consecutive series.

Odubel Herrera also had a pair of hits for the Phillies. 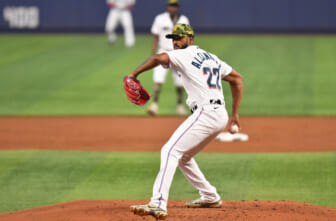 The Yankees managed only four hits as they lost their third game in a row. Two of the hits were singles by DJ LeMahieu.

The Yankees played without Aaron Judge, who has been dealing with back spasms but was available to pinch-hit.

Yankees starter Domingo German lasted only 4 1/3 innings and allowed 10 hits and five runs with two strikeouts and one walk. German (4-4) snapped a streak of nine straight starts of giving up three or fewer runs.

The Phillies opened the first inning with three consecutive singles, including an RBI infield single by Realmuto for a 1-0 lead.

In the second, Herrera doubled to left, scoring McCutchen for a 2-0 advantage. Segura stayed red hot and followed with a two-run single to center to give the Phillies a four-run lead.

The Yankees managed only one hit through the first five innings, a bloop single by LeMahieu.

Segura tripled to open the fifth and scored on an RBI single by Realmuto to make the score 5-0. After Bryce Harper followed with a single, McCutchen added a two-run double for a seven-run advantage.

LeMahieu singled to right with two outs in the sixth, but Gleyber Torres struck out swinging on a fastball.

Rougned Odor opened the seventh with a double to right but was caught in a rundown on a fielder’s choice by Gio Urshela. The Yankees stranded Urshela at first when the inning ended.

Torres hit a double with one out in the ninth to again threaten the shutout, but Enyel De Los
Santos struck out Odor and Urshela to end the game.