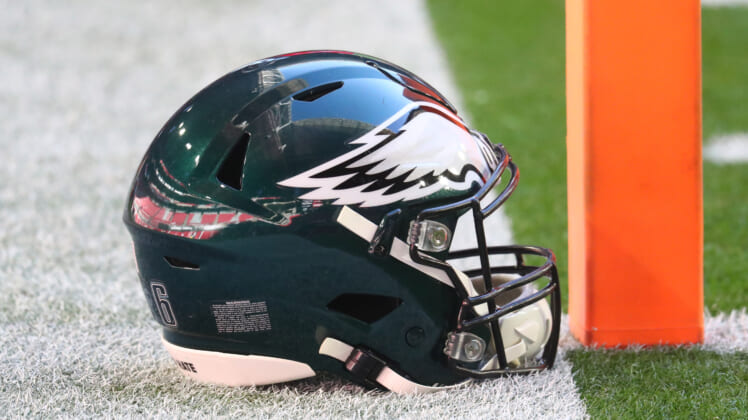 The Philadelphia Eagles have opted to use their three first-round picks in the 2022 NFL Draft as a way to acquire more capital moving forward.

Their trade partner comes in the form of the NFC rival New Orleans Saints.

Philadelphia also receives a 2023 first-round pick and 2024 second-round selection in the blockbuster. The team made it official later on Monday.

Let’s break it down in bullet point form below.

To say that this is an absolute blockbuster would be an understatement. Philadelphia’s 16th pick headed to New Orleans originally came to the team via the Indianapolis Colts in the Carson Wentz blockbuster last summer.

It’s rather clear that Eagles general manager Howie Roseman is looking to milk that pick for everything possible. In reality, he now adds a future first and second-round selection in an indirect manner.

As for the Saints, they now have two first-round picks in the 2022 NFL Draft as the team prepares for its first season in the post-Sean Payton era.

There’s going to be a whole lot more to this blockbuster trade in the next couple hours. We’ll have further updates when they become available.

For now, the Philadelphia Eagles and New Orleans Saints have shaken up the first round of the 2022 NFL Draft slated to get going late this month in Las Vegas.