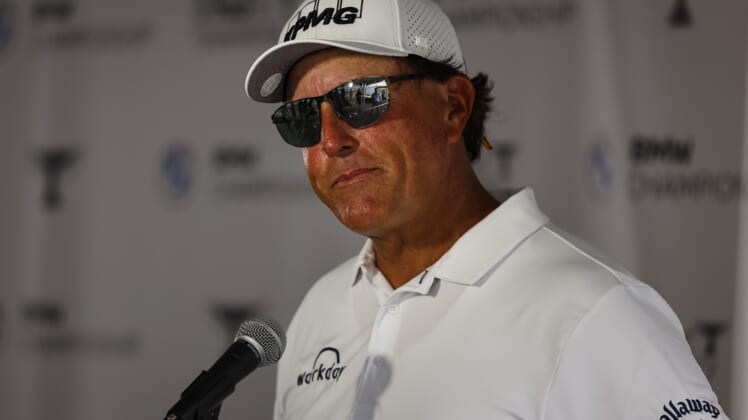 U.S. Ryder Cup captain Steve Stricker filled out his roster of assistants Wednesday when he announced that Phil Mickelson and Fred Couples will serve as vice captains.

“I’ve been staying in close contact with both Freddie and Phil, talking about all things Ryder Cup, for a while now,” Stricker said in a statement. “They provide honest and impactful feedback, and both have such a passion for the Ryder Cup. I’m honored that they were willing to join our team and help put us in the best position to win in a few weeks at Whistling Straits.”

Mickelson, 51, holds the American record for most Ryder Cup appearances, with 12 consecutive appearances. Being a vice captain means he won’t be selected to compete as part of the 12-man team, ending that streak.

“Lefty” won the PGA Championship in May for his sixth career major title, but his game has not been as stellar ever since.

The Ryder Cup, originally scheduled for 2020 before the COVID-19 pandemic necessitated its postponement, will be played Sept. 21-26 at Whistling Straits in Kohler, Wisc.

Collin Morikawa, Dustin Johnson, Bryson DeChambeau, Brooks Koepka, Justin Thomas and Patrick Cantlay qualified for the American team. Stricker will announce his six captains picks to round out the team on Sept. 8.