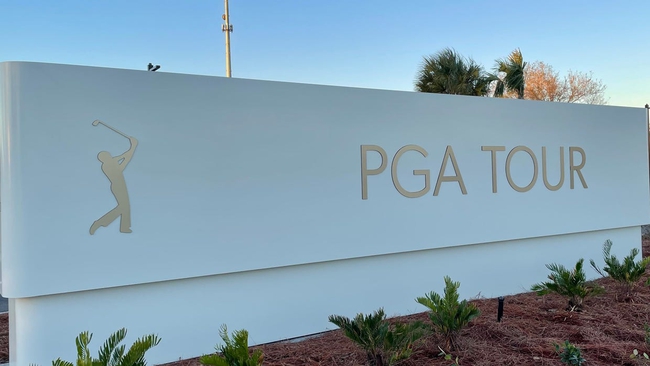 The PGA Tour’s Global Home entrance is off State Road 210, near the public parking lot for The Players Championship. Tour Sign

Ted Purdy and Chris Couch tested positive for COVID-19 and withdrew Tuesday from this week’s Barbasol Championship, the PGA Tour’s alternate event for those not playing in The Open Championship.

The two new positive tests contribute to a spate of COVID cases on the tour in recent weeks, some of which led top players to pull out of The Open.

Masters champion Hideki Matsuyama received a positive test on July 2 and chose not to make the trip following a mandatory quarantine period. Zach Johnson announced Monday he had contracted COVID and had to pull out of The Open. Bubba Watson did not test positive himself, but was deemed a close contact of someone with the disease and also had to withdraw.

The uptick in cases comes days before the PGA Tour is set to stop COVID-19 testing — for vaccinated and non-vaccinated players alike — beginning with next week’s 3M Open in the Twin Cities area.

The tour’s announcements of Purdy’s and Couch’s withdrawals came four hours apart from one another. Alternates Eric Axley and Smylie Kaufman were added to the field at Keene Trace Golf Club in Nicholasville, Ky.