The PGA Tour has made a new round of big money moves that will incentivize current players to keep their talents with the legendary golf circuit, and not join the trend of golfers moving over to rivals LIV Golf.

On Wednesday, PGA Tour commissioner Jay Monahan announced a bevy of new developments — including several more events with $20 million dollar purses, as well as a sizable new base salary — that will put far more money in the pockets of golfers who stay loyal to the tour and commit to competing for them throughout the new season.

Related: Jon Rahm: LIV Golf defectors in playoffs would have been awkward

Two weeks ago, many of the top golfers in the PGA met to form a stronger coalition among competitors and throw their support behind the PGA long-term. Today, Monahan revealed that all of those players have officially committed to play in at least 20 PGA events next season, including 12 new “elevated tournaments” that will have purses that range in value from $15 million to $20 million.

While eight elevated events were already announced, Wednesday saw the addition of four more with each offering $20 million in winnings. Along with the reveal of the player commitment and added elevated events, Monahan announced that the PGA’s Player Impact Program has increased its pot from $50 million to $100 million in 2022 and 2023.

The program rewards the top 20 players — increased from 10 — on metrics of the athletes that resonate the most with fans. New criteria for the PIP will eliminate certain social media data and expand “awareness criteria” that will include internet searches, general awareness, golf fan awareness, media mentions, and broadcast exposure. 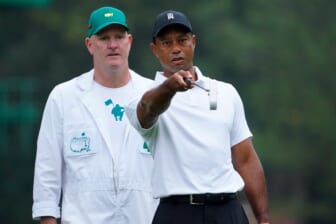 The tour is also launching an Earnings Assurance Program that will guarantee a minimum salary of $500,000 for fully exempt players. The golfers that receive that salary must compete in at least 15 events to qualify. Rookies and returning members will receive the money at the start of the season.

The PGA Tour has been under attack from LIV Golf due to the massive payouts the Saudi Arabia-backed league has been giving out. The moves today are a direct counter by the PGA to try and even the playing field and stem the tide of the talent leaving to their new competitor.