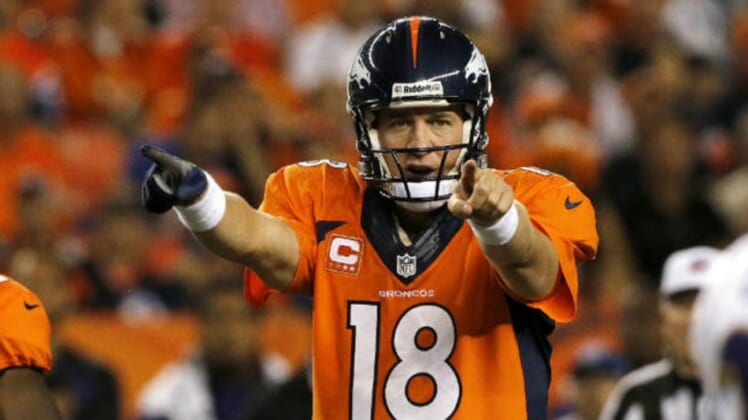 The Madden 16 quarterback rankings were released this week. One notable surprise is that Denver Broncos quarterback Peyton Manning did not rank within the top-five players at his position.

Apart from missing the entire 2011 season, Manning’s name has been a staple in the top five list for nearly 15 years.

Here are the top five quarterbacks who rounded out the Madden 16 list:

It is really no shocker to find Rodgers atop of this list. Rogers, the 2014 MVP ranked 95 in Throw Power, 98 in Play Action and 88 in Throw on the Run. He’s incredibly accurate as proven by his five lone interceptions in 2014. Armed with elite receivers, Rodgers should be a slam dunk to top this list next time around.

Brady ranked the highest with 96 TAS and 97 TAM, although, he lagged a bit with his deep passes – 70 TAD. We’ll see if the Super Bowl MVP can keep up these rankings when he plays with properly deflated balls this upcoming season. Having the No. 1 ranked tight end in Rob Gronkowski on his team should keep Brady posting star numbers once again this season.

Brees ranked 87 in Throw Power and 93 in Play Action. It is somewhat surprising to see Brees in this list considering the mediocre 7-9 season the Saints had in 2014.

We’ll see if Brees can top this list next year without his former No. 1 target, tight end Jimmy Graham.

Tied with Brees in overall ranking, Big Ben leads the rest of the quarterbacks with 85 Strength and 95 Throw on the Run. This is despite the fact he was the 12th most sacked quarterback in 2014, enduring 34 of those bad boys.

Luck ranked 95 in Throw Power and 92 in Play Action. He tied Roethlisberger for a league-high 95 Throw on the Run. Because he led the league in passing yards (4,761) and touchdowns (40) in 2014, it is natural that Luck would top this list.

The young quarterback should remain in the top five pack for seasons to come due to his vast army of talented pass-catchers.

As for Manning, this may be the last season he plays before hanging up his jersey. It is a shame that he did not make the top five.

However, in the real world of football, we can be sure Manning’s focus isn’t necessarily on making a Madden list.