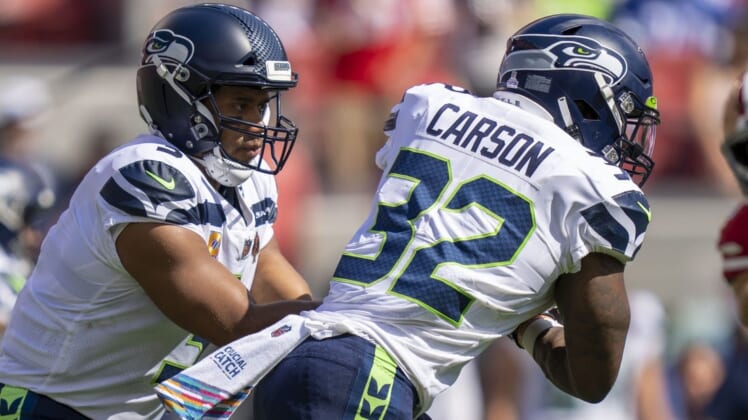 Seattle Seahawks running back Chris Carson has not been cleared to return to football activities and will miss the team’s upcoming minicamp after neck surgery last November.

Seattle’s Pete Carroll said Thursday that Carson is set to have a “big assessment” with doctors in two weeks and stressed that no decision has been made, but the head coach struck an ominous tone regarding the career of the five-year veteran.

“Our guys love this game that they grow up playing, and when they sense that there may be an end to it, it’s hard. It’s difficult, and it’s real,” Carroll said, per the Seattle Times. “And we’re going to love him through it and help him as much as possible, if that’s the case, like we do with everybody when it comes to the end of it. It’s inevitable. It’s coming, but it’s always too soon, so we’re trying to fight that off.

“He’s battling. He’s doing everything he can. He wants to compete all the way to the last word. And so he’s going for it.”

Carson, 27, played in just four games (all starts) for Seattle in 2021, rushing for 232 yards and three touchdowns. He underwent season-ending cervical surgery in November.