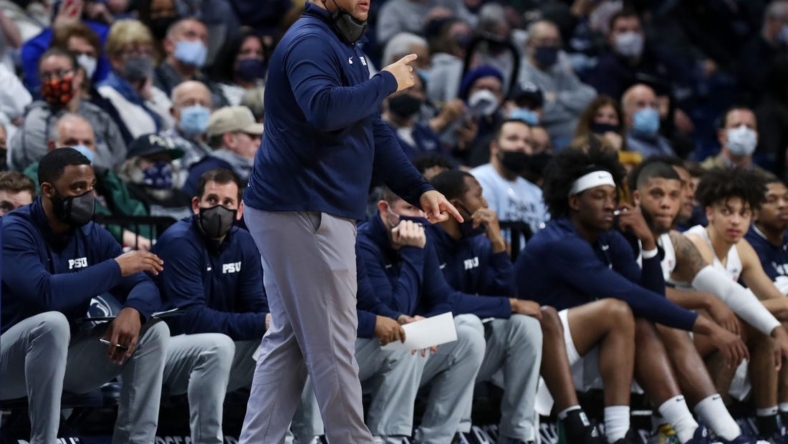 In the season opener for both teams, the Nittany Lions shot well from the field (55.0 percent) and the 3-point line (47.4 percent) in a sizzling performance. They set a school record with 18 made 3-pointers and finished with 24 assists on 33 baskets overall.

Kelton Talford led Winthrop with 18 points on 8-of-10 shooting, while Toneari Lane made five 3-pointers as part of a 17-point performance.

Pickett scored 15 first-half points as the Nittany Lions led 44-32 at intermission. Penn State had 15 assists on 17 buckets in the opening 20 minutes and shot a crisp 9 of 21 from outside the arc.

The hosts led 24-21 with just under eight minutes left in the first half when Pickett created some separation on the scoreboard with a layup and a 3-pointer on back-to-back possessions. Evan Mahaffey converted a layup on the next trip to give Penn State its first double-digit lead of the game, 31-21.

Winthrop scored the next four points, but the Nittany Lions responded with 11 straight points of their own. Funk capped that surge with consecutive 3-pointers to push the advantage to 42-25 with about three minutes to play in the half.

Penn State opened the second half by scoring 13 of the first 15 points as its lead stretched to 57-34 on Lundy’s 3-pointer with 16:42 remaining.

The closest Winthrop got down the stretch was 69-56 with under nine minutes to go. However, the Nittany Lions responded with a 12-2 run — including six points from Pickett — and cruised from there.