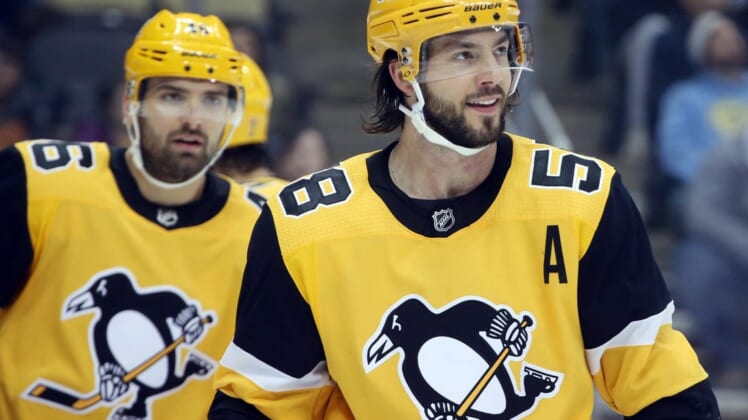 “Kris epitomizes what it means to be a Pittsburgh Penguin,” general manager Ron Hextall said in a release. “The role he plays on our team is irreplaceable, he is a leader in our locker room, and has made countless contributions to the organization over the last 15-plus years, which includes three Stanley Cup Championships. We are thrilled to make him a Penguin for life.”

Only teammates Sidney Crosby (1,108) and Evgeni Malkin (981) have played more games in a Penguins jersey than Letang, a six-time NHL All-Star.

The Montreal native was selected by the Penguins in the third round (62nd overall) of the 2005 NHL Draft.