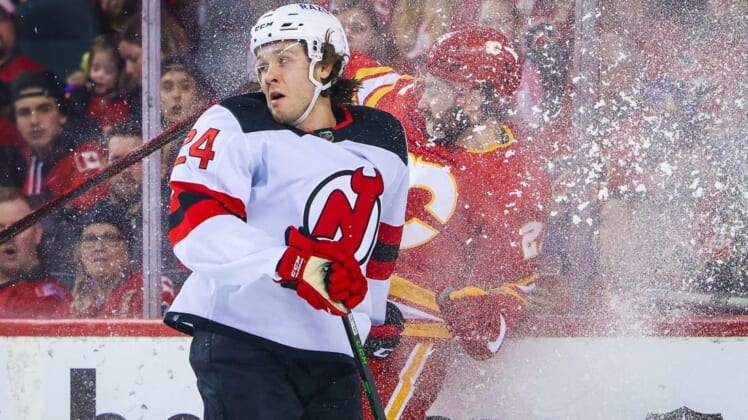 The Pittsburgh Penguins acquired Ty Smith and a 2023 third-round draft pick from the New Jersey Devils on Saturday in exchange for fellow defenseman John Marino.

He has 43 points (seven goals, 36 assists) in 114 career games since being selected by the Devils with the 17th overall pick in the 2018 NHL Draft.

“John is a competitive, highly mobile defenseman who strengthens our back end,” Devils general manager Tom Fitzgerald said. “He takes pride in his game away from the puck and his puck management and ability to transition play will fit in nicely with our style and the strengths of our forward group. This is another move focused on improving our club today, while also providing certainty and stability for roster flexibility as we continue to build.”