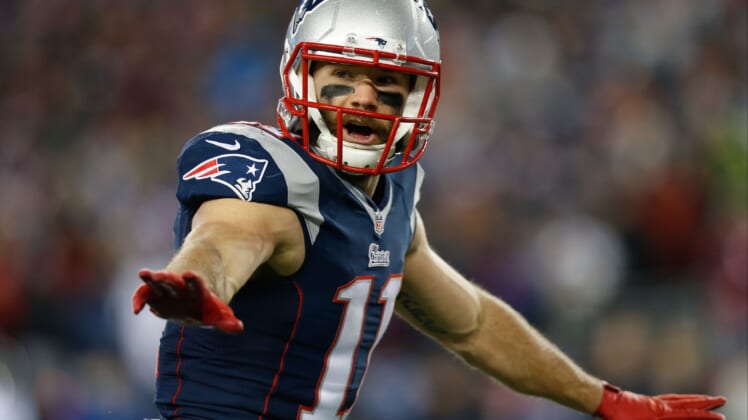 This is the last thing the defending Super Bowl champion New England Patriots needed during a meaningless preseason game against the Detroit Lions on Friday.

Star wide receiver Julian Edelman left the game early in the first quarter after making a catch. Tom Brady’s favorite target was then seen limping off the field while holding the back of his knee.

#Patriots WR Julian Edelman just caught a pass early in the game vs. the #Lions and limped off grabbing the back of his knee.

The injury itself appears to have been of the non-contact variety, making it potentially that much more serious.

Here’s a look at the play itself.

The #Patriots Julian Edelman injury, could be bad, hopefully not pic.twitter.com/loOJXAbAHo

As you can see, Edelman landed awkwardly on his knee. That’s also most definitely not a good sign. Eventually, Edelman was seen being carted off to the locker room with his head down.

We will have further updates as they become available. But of now, let’s hope for the best here.