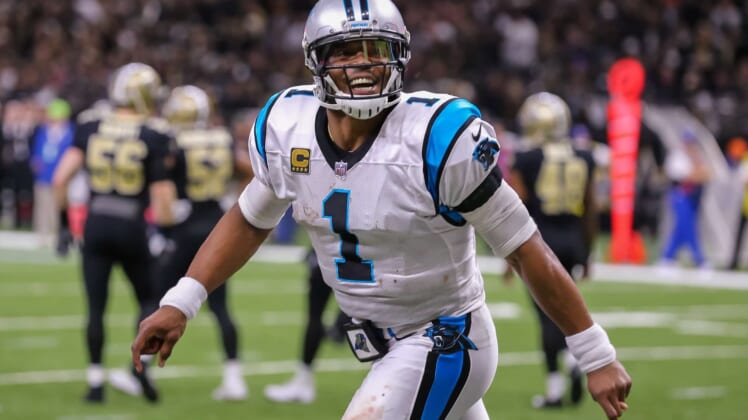 NFL Media’s Michael Fabiano only fed the fire with this tweet after reports that Newton would be released came out earlier on Tuesday morning.

Fans took up the anthem in short order, and this was especially true after the Panthers made Newton’s release official.

On one hand, it makes sense for the Patriots to try and land Newton. The franchise currently features the trio of Jarrett Stidham, Brian Hoyer and Cody Kessler as the only quarterbacks on the roster — not exactly a confidence-inspiring group.

On the other hand, the Patriots are currently cap strapped, with roughly $3.4 million of cap space left, per Over The Cap.

Fans aren’t exactly worried about the salary cap, though. They want another championship. It’s going to be fascinating to see where Newton ultimately does land, and we have a few ideas about the best fits for the former MVP quarterback.