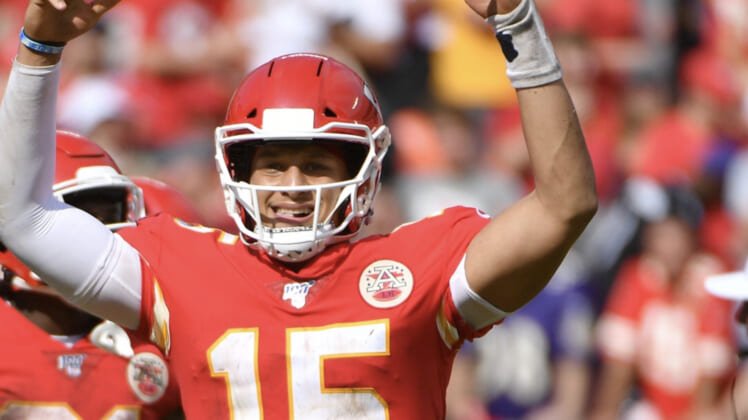 Kansas City Chiefs quarterback Patrick Mahomes continues to set records and awe onlookers. The reigning NFL MVP is back up to his old tricks early during the 2019 season, and it’s been something else.

Despite this, Mahomes has found himself on an ESPN segment titled “C’Mon Man,” featuring some of the most boneheaded plays. He’s actually been featured twice this season.

It sure looked like the young quarterback is not too happy about this. Just ask ESPN personality and Pro Football Hall of Famer Randy Moss and his colleague, Adam Schefter.

This all stems from a play in which Mahomes threw a lateral to rookie receiver Mecole Hardman and decided against blocking down the field.

It was some pretty hilarious stuff.

That’s about the only thing Mahomes has done poorly throughout his young career.

He’s put up 6,576 yards to go with 60 touchdowns and 13 interceptions in 20 career regular-seasons starts.

If getting ribbed by ESPN is the biggest issue Mahomes has faced in his career, we’re going to assume he’s in a pretty darn good spot.