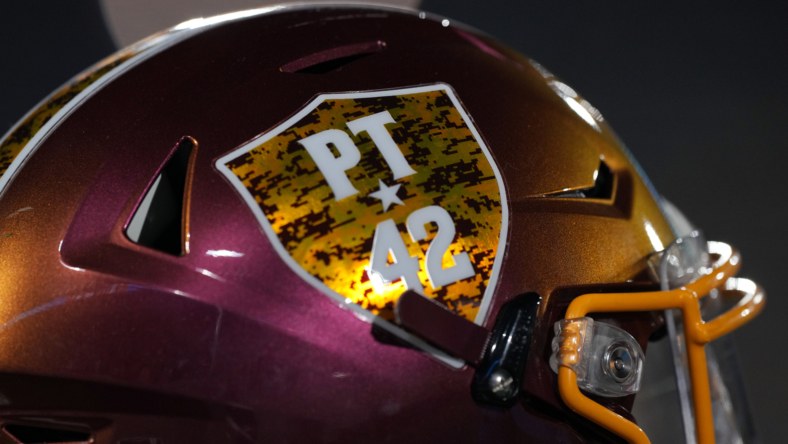 It was back on Nov. 6 of 1976 that a man by the name of Pat Tillman was born in the Northern California town of Fremont.

After starring in college at Arizona State, Tillman was seleted in the seventh round of the 1998 NFL Draft by the Arizona Cardinals. He would almost immediately morph into one of the better safeties in the NFL and was set to earn a huge pay day.

Then, 9/11 happened. Tillman took the terrorist attacks on the United States personally, signing up for the military as an Army Ranger just months after the attacks and found himself deployed to Afghanistan.

Sadly, Tillman died in a friendly-fire incident in April of 2004 in the Spera, Khost Province of Afghanistan at the young age of 27. For many, he is seen as a hero for turning down millions to fight for his country.

Now on what would’ve been Tillman’s 46th birthday, the Cardinals are paying homage to him. It’s a micro tribute within the broader confines of the NFL’s Salute to Service campaign.

Since its inception, Salute to Service has raised north of $58 million for the Pat Tillman Foundation and other veteran support organizations such as the Wounded Warrior Project. Created following his death, the foundation’s goals are to help veterans and other military personnel.

“Pat’s family and friends started the Pat Tillman Foundation to carry forward that legacy by giving military service members, veterans and spouses who embody those principles the educational tools and support they need to reach their fullest potential as leaders – no matter how they choose to serve.”

The backdrop to Pat’s selflessness was how things transpired following his sacrifice and ultimate death. In fact, Tillman’s family called out the George W. Bush Administration and the military following his death.

“Pat had high ideals about the country; that’s why he did what he did…The military let him down. The administration let him down,” Pat Tillman’s mother one said. “It was a sign of disrespect. The fact that he was the ultimate team player and he watched his own men kill him is absolutely heartbreaking and tragic. The fact that they lied about it afterward is disgusting.”

With that said, this shouldn’t be the overriding takeaway from Pat Tillman’s story. On his 46th birthday, we should pay tribute to a great American and someone who gave everything up to fight for what we should be as a nation. The Cardinals know that all-too well.