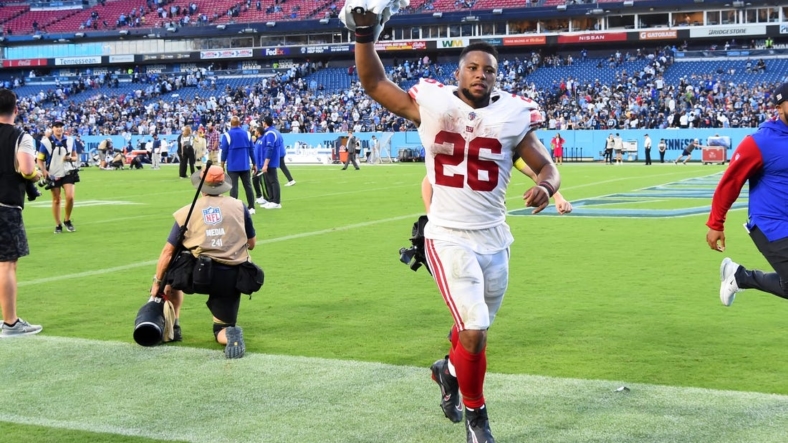 It was much easier to digest the first result of the season for the New York Giants than it was for the Carolina Panthers.

Yet the Giants are banking on regenerating the level of focus deemed necessary going into the second game when the Panthers visit Sunday afternoon at East Rutherford, N.J.

The Giants emptied the tank with everything they had in Week 1.

“Turn the page as quick as we can to go against Carolina,” first-year head coach Brian Daboll said. “We’re going to have to empty it again against a good opponent on Sunday. I think some of our fundamentals can improve and that’s what we’re going to need to do.”

The Panthers experienced the other side of drama.

“We’re not discouraged,” coach Matt Rhule said. “There are so many places where we’re better than last year.”

The Giants and Panthers took similar paths in their openers. They were both inept offensively in the first halves of their games, then perked up and took leads with what seemed like unexpected surges.

The Giants, who gambled with a final-minute two-point conversion, were further rewarded when the Tennessee Titans missed on a potential 47-yard winning field goal in a 21-20 win. The Panthers lost 26-24 when rookie Cade York of the Cleveland Browns drilled a 58-yard field goal with eight seconds remaining.

The Panthers didn’t contain Cleveland’s Nick Chubb (141 rushing yards) and the Browns’ ground attack. Carolina had the second-worst rush defense in the opening week (217 rush yards allowed), ahead of only Tennessee because of what the Giants did. New York cranked out 238 rushing yards, with 164 from running back Saquon Barkley.

Barkley had 24 touches on offense that resulted in 194 total yards.

“Saquon just has to trust the blocking and run the way he knows how to run,” Daboll said.

For the Giants, who won their first opener since 2016 (the last time they had a winning season), the home opener is bound to come with heightened anticipation. There’s no reason to get too giddy, yet.

“We’ve got a long way to go,” Daboll said. “There are a lot of corrections that need to be made at this early part of the season and we’ve got to be on top of it. We have to be consistent with that (effort) regardless of the outcome.”

The Panthers unveiled a new look with Baker Mayfield at quarterback. It took time to get traction, particularly as running back Christian McCaffrey, who’s expected to have an impact similar to Barkley’s, was held to 57 yards of total offense.

There’s a lot that needs to be smoothed over.

Panthers offensive coordinator Ben McAdoo spent parts of two seasons as head coach of the Giants, with a strong 2016 (11-5 before a playoff loss) and miserable 2017 (2-10 before being fired).

In the Tennessee game, the Giants were far from an offensive juggernaut as it took time to get rolling. So there will be concerns about the status of receiver Wan’Dale Robinson (knee), who departed against the Titans. Edge rushers Kayvon Thibodeaux (knee) and Azeez Ojulari (calf) were out for the opener and are listed as questionable for Week 2.

On defense, the Giants will be without cornerback Aaron Robinson, who had his appendix removed Wednesday.

The Panthers have won seven of 12 regular-season matchups against the Giants, including the playoffs.