San Diego Padres outfielder Tommy Pham is expected to make a full recovery after being stabbed in the lower back Sunday, the team announced Monday. 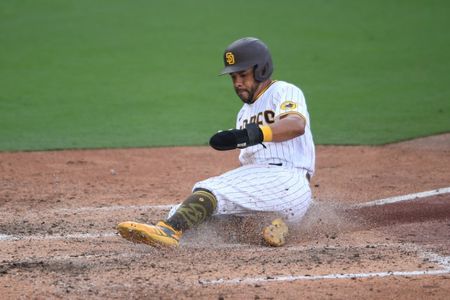 San Diego Padres outfielder Tommy Pham is expected to make a full recovery after being stabbed in the lower back Sunday, the team announced Monday.

Pham was attacked during an incident outside an establishment, the San Diego Union-Tribune reported, citing unnamed sources. Per the report, an argument involving people Pham didn’t know was ongoing near Pham’s car, and when he asked the people to move away from his car, he was stabbed.

The newspaper reported that the wound pierced all three layers of skin but did not reach any other organs. He underwent surgery on the affected area, per the Union-Tribune, and the Padres announced that he was in good condition Monday afternoon.

The team added that the San Diego Police Department is investigating the incident.

Pham added in a statement released through the club, “I’d like to thank the incredible medical staff at UC San Diego Health for taking such great care of me last night. I truly appreciate the hard work of the (San Diego Police Department) as well as they continue their search for the suspects. While it was a very traumatic and eye-opening experience for me, I’m on the road to recovery and I know I’ll be back to my offseason training routine in no time.”