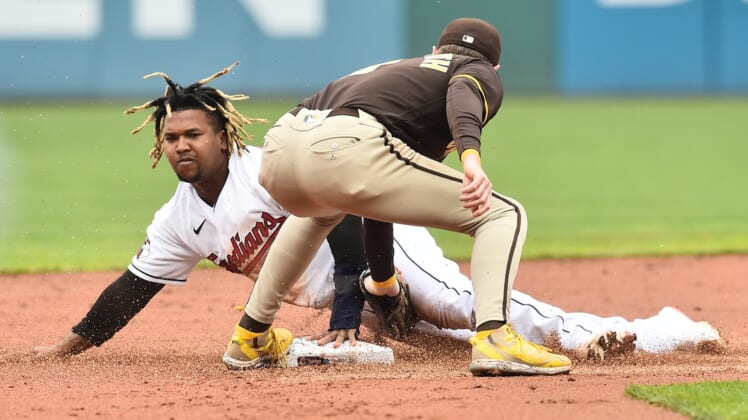 The San Diego Padres used a home run from Manny Machado and a solid pitching performance from starter Mike Clevinger in their 5-4 victory over the host Cleveland Guardians in Game 1 of a doubleheader on Wednesday.

Machado bashed a two-run homer in the third inning which opened up a 3-0 lead by the Padres.

Clevinger allowed three runs over 4 2/3 innings in his first appearance in almost two years. The right-hander allowed four hits and three walks. Clevinger, coming off Tommy John surgery, struck out four batters in his first start since Oct. 6, 2020. He threw 95 pitches, 54 for strikes.

The Guardians traded Clevinger to San Diego at the 2020 trade deadline for six players.

Cleveland rallied for two runs in the fifth inning to tie the score at 3-3.

Clevinger was sent to the showers after two walks and was replaced by reliever Steven Wilson. Josh Naylor followed with a line-drive single to right, which scored Myles Straw and Jose Ramirez to tie the game. Wilson (3-0) struck out Andres Gimenez one batter later with the bases loaded to earn the win.

San Diego answered in the top of the sixth to take a 5-3 lead. Austin Nola’s double off reliever Enyel De Los Santos drove in Ha-Seong Kim and Matt Beaty came home on a sacrifice fly by Jake Cronenworth.

Cleveland pulled within one in the bottom of the seventh. Amed Rosario’s fielder’s choice grounder scored Owen Miller.

Taylor Rogers earned his 10th save with a hitless ninth inning.

The Padres took a 3-0 lead after three innings.

Eric Hosmer drove in Cronenworth with a single to center in the first. Losing pitcher Zach Plesac (1-3) walked two batters in the first and it came back to haunt him.

Shoddy defense in the third extended the Guardians’ deficit.

Cronenworth reached on a one-out error when Naylor dropped a throw from second baseman Gimenez. Machado followed with his fifth homer of the season, a line shot over the left-field wall, for a 3-0 advantage.

The Guardians got on the scoreboard in the third inning after catcher Luke Maile led off with a double. After an infield single by Richie Palacios, Steven Kwan drove in a run with a single to right, which made the score 3-1.

The Guardians are 0-9 this season when the other team scores first.