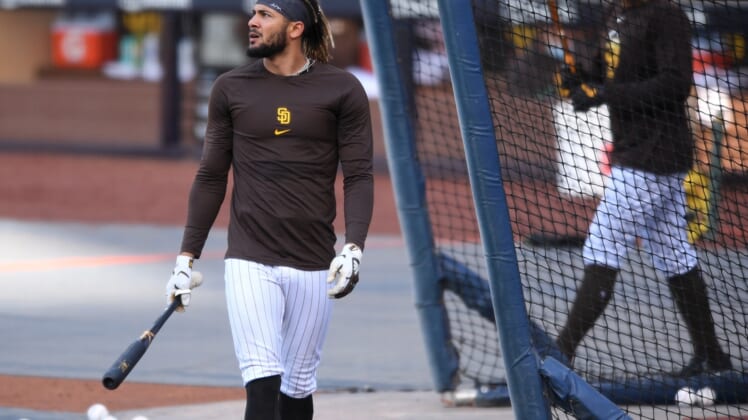 San Diego Padres shortstop Fernando Tatis Jr., who was originally feared to have a serious shoulder ailment, was back in action Friday after spending the minimum 10 days on the injured list.

Tatis was activated by the Padres and placed in the second spot in the batting order behind Trent Grisham for the opener of a three-game series against the visiting Los Angeles Dodgers. It’s the first time the Padres have had their preferred 1-2 combination together this season, as Grisham missed the opening week due to a hamstring injury.

Tatis, 22, sustained a dislocated left shoulder while swinging and missing a pitch on April 5 against the San Francisco Giants. He didn’t end up needing surgery, though.

His swift return is a big relief to the Padres, who gave Tatis a 14-year, $340 million contract extension this spring.

“He’s a game-changing player, as I’m sure you all know,” Grisham said. “We’re excited to have him back. He’s very dynamic, and he’s very excited to get back. We’re pumped to have him in the lineup.”

Rookie infielder/outfielder Tucupita Marcano was optioned to the Padres’ alternate training site to open a roster spot for Tatis. Marcano hit .167 (2-for-12) with one RBI in 10 games for San Diego this season.