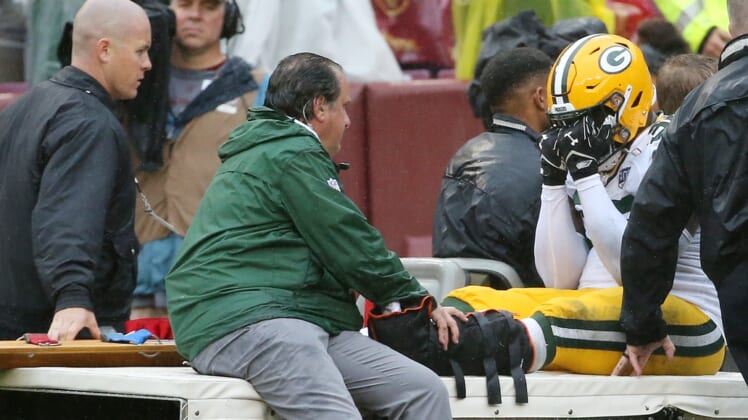 The Green Bay Packers were relying big time on former Pro Bowl defensive end Muhammad Wilkerson to provide a punch from the defensive line this season after signing him to a one-year, $5 million deal during the spring.

Sadly, Wilkerson’s first season in Green Bay has now likely come to an end after just three games. Head coach Mike McCarthy announced on Monday that the stud lineman has undergone ankle surgery and is likely done for the remainder of the year.

Wilkerson stayed back at a hospital in D.C. to undergo surgery following Sunday’s game against the Redskins. According to McCarthy said surgery was needed before he could travel.

The horrific-looking injury occurred when teammate Kentrell Brice rolled up on his left leg. This is a major blow for a Packers team that has been in desperate need for a pass rush.

It will also have long-term ramifications for Wilkerson, who is slated to hit free agency in March and was using his current one-year to reset his market in free agency.