Pac-12 commissioner: USC should get into playoff over Alabama with win over Stanford 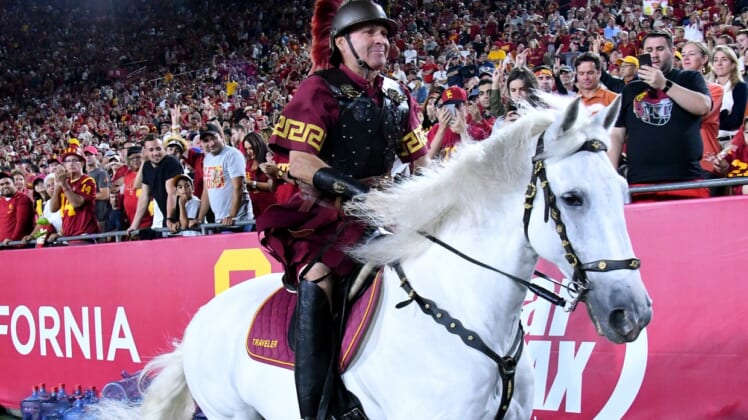 Pac-12 commissioner Larry Scott made some bold comments backing his conference on Friday evening ahead of USC and Stanford’s title bout at Levi’s Stadium. He said that, should USC win, then it deserves to get into the playoff over a one-loss Alabama team.

That’s a bold take. Though, we should hardly be surprised Scott is of this opinion, given he’s paid to make the Pac-12 look as good as possible whenever possible.

Based on the eyeball test, it’s hard to say USC is a better team than Alabama this year, even counting the many injuries to the Crimson Tide. Also, the Pac-12 hasn’t done itself any favors with scheduling, and there are some very bad teams in the conference which work against the Trojans. Plus, Notre Dame absolutely had its way with USC recently, and the Trojans lost to a three-loss Washington State team, too.

While Alabama has had its cupcake opponents this year, it’s important to note that the only loss on its record was on the road in one of the toughest places to play this year in college football. Obviously the CFP committee doesn’t see USC as having a similar strength of resume. The Trojans entered Week 14 No. 10 in the nation, while ‘Bama is No. 5 even after losing last weekend.