Ozzie Guillen upset he’s not a coaching candidate: ‘Why not me?’ 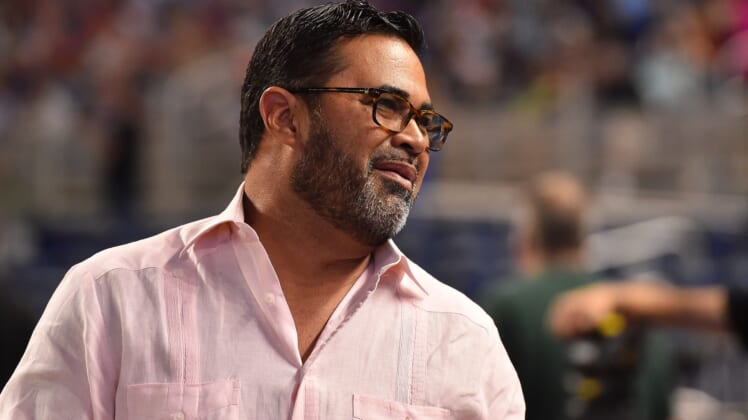 Ozzie Guillen enjoyed plenty of success during his nine seasons as a manager. Now, as he watches more managerial positions open, the 56-year-old can’t help but wonder why he isn’t getting an opportunity.

Guillen was in attendance for the White Sox’ fan fest on Friday and he immediately felt right at home, especially in front of the media. When asked for his opinion on why he isn’t even considered a managerial candidate anymore, Guillen responded in the way only he could.

He does make a point. Guillen was never involved in any scandals that hurt the integrity of the game, like the ongoing sign-stealing issues. He posted a 747-710 record with the White Sox from 2004-’11, won a World Series in ’05 and his team never lost than 72 games in Chicago.

Guillen lasted just one season in Miami, winning 69 games with the team in 2012, before the organization moved on from him. Meanwhile, the Marlins recently extended skipper Don Mattingly coming off a 57-win season after the team won just 63 games in 2018.

Guillen would love to get one more opportunity to pursue a World Series championship, returning to the top one last time after winning his first with the White Sox. The Boston Red Sox and Houston Astros are looking for managers. Unfortunately, it seems like Guillen won’t be getting another shot.