Owner: Giants ‘kept getting worse, need to start from ground up’ 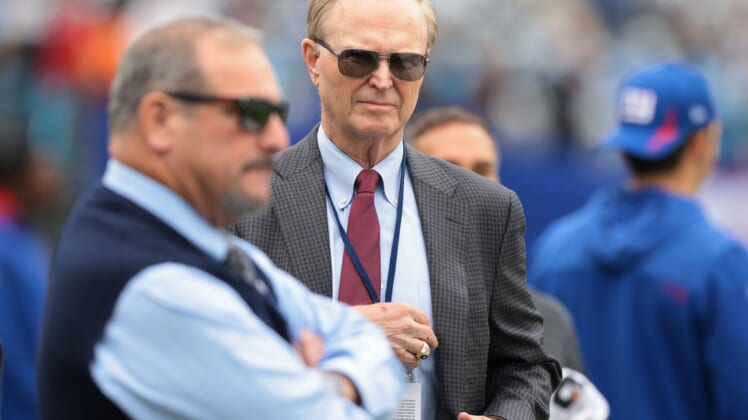 Mara said he was gutted to fire head coach Joe Judge after two seasons, the same fate his two predecessors experienced in New York, but felt he was left no choice but to start over.

“I kept thinking we had hit rock bottom,” said Mara, the team’s president and co-owner along with Steve Tisch. “And then each week it got a little worse.”

Offensive coordinator Jason Garrett was fired during the season, running back Saquon Barkley battled injuries again and purported franchise quarterback Daniel Jones was shut down with a neck injury in December.

The long, slow fade leaves the Giants at what Mara said has to be the lowest point experienced on his watch.

He said his current search for a new coach and general manager will be tedious. Rushing the process and decision in the past didn’t serve the franchise or its fans well, he said.

“We need to start from the ground up again,” Mara said.

Mara and Tisch are set to hire their fourth head coach since 2016 — Judge, Pat Shurmur, Ben McAdoo — and the Giants went 4-13 in 2021. The roster includes to-be-determined notations at many positions as of the retirement of general manager Dave Gettleman on Monday.

All of the losses and uncertainty created a fanbase short on patience and trust. Mara said he grasps that he hasn’t given fans a reason to believe the Giants will get it right, and senses the franchise has a bridge to rebuild with fans.

“That’s not going to happen overnight,” he said.