Over 120 MLB Players Earn a Minimum of $10 Million Annually

[mks_dropcap style=”square” size=”52″ bg_color=”#8224e3″ txt_color=”#ffffff”]B[/mks_dropcap]aseball has long been the most-lucrative professional sport to play in North America. The absence of a salary cap coupled with a long season has led to this situation. And unlike the NFL, contracts in MLB are fully guaranteed.

Even as football has overtaken baseball as America’s Pastime, the latter remains the most financially beneficial sport in the country.

Depending on the amount of players on the disabled list at a given time, there are roughly 750 players in Major League Baseball.

Of those 750-plus this year, a total of 121 are earning at least $10 million annually. That averages out to about 16.1 percent—250 players earn in excess of $5 million, bringing that percentage to about one-third.

In addition to this, the average Major League salary was $3.8 million in 2014—a jump of 12 percent from the past season.

For comparison’s sake, the average annual salary for NFL player this past season was just north of $2 million. While that has to do with larger rosters and a higher amount of minimum contracts, it’s still rather alarming to look at.

MLB did hit a record $9 billion in revenue in 2014, so it’s not too surprising to see the average contract spike at its highest rate since early last decade (via Forbes.com).

When looking at the 10 highest-paid players in baseball, the average salary is about $26 million with Clayton Kershaw topping the list at $30.71 million (via Spotrac.com).

Interestingly, the 10 highest-paid players in football this upcoming season will earn an average of less than $20 million with Aaron Rodgers leading the pack at $22 million (via Spotrac.com).

When you break it down by team, the numbers get even more ridiculous.

Of the 25 highest-paid players in baseball, here’s a breakdown of the teams multiple players in that category. 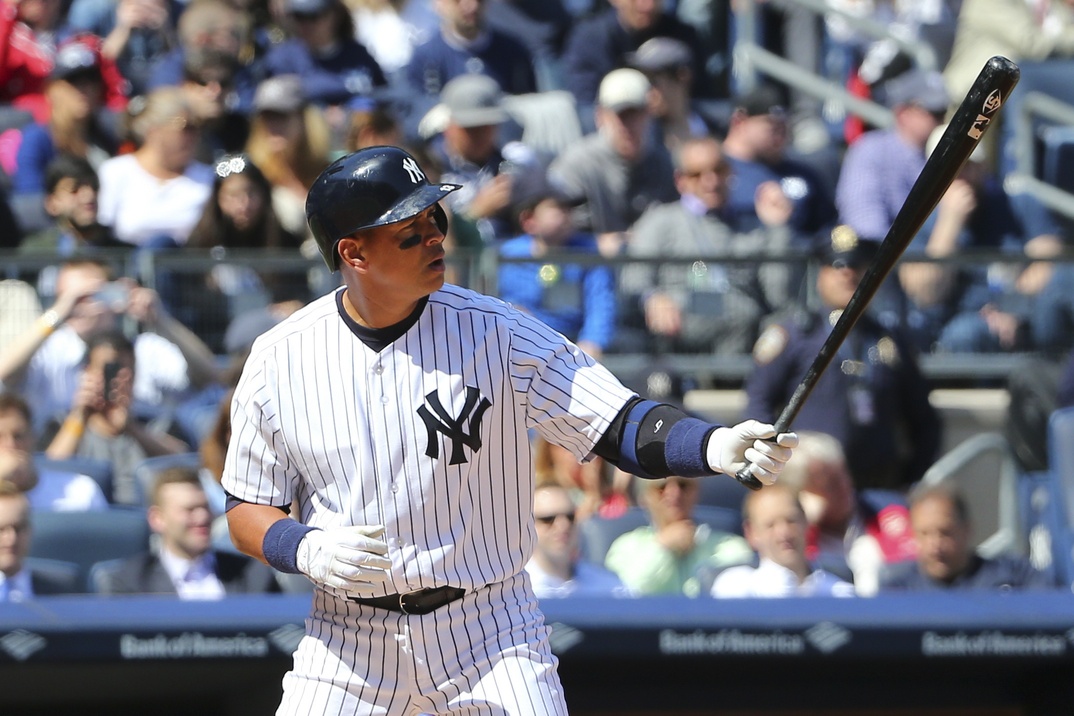 Courtesy of USA Today Images: A-Rod is no longer an exception to the rule.

Notice something here? Of the five teams with multiple players in the top-20 in annual salary, only the Angels and Dodgers made the playoffs last year with neither advancing past the divisional playoffs.

Now that financials indicate payroll isn’t the determining factor when it comes to contending, why are teams still spending record money on contracts? 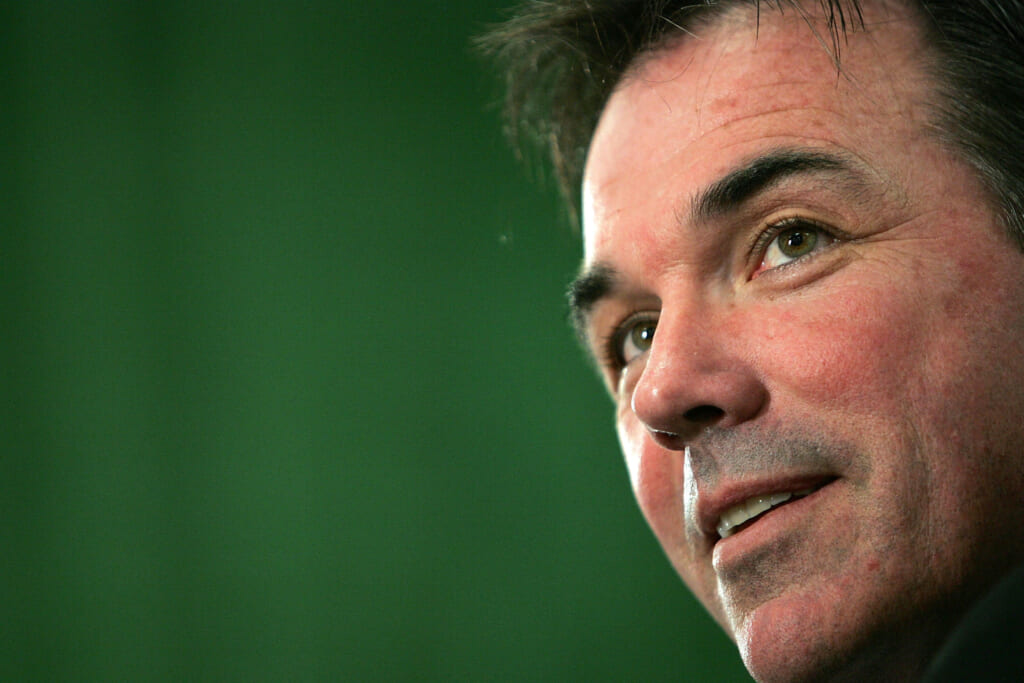 Courtesy of USA Today Images: When the A’s are spending eight figures on free agents, something is up.

Even the usually cheap Oakland Athletics, who exist in a small market, have three players making $10-plus million this year. Looking back just five years, the 2011 A’s didn’t have a single player making more than $6 million annually.

It’s all about supply and demand. The supply isn’t necessarily there on the free-agent market, but the demand is incredibly high. In addition to this, the revenue that’s split between baseball’s 30 teams has created an atmosphere where there are more teams competing for high-value free agents. Just five years ago, it would have been unthinkable that the A’s would spend $10-plus million annually on free agents in consecutive offseasons. By signing Scott Kazmir prior 2014 and Billy Butler this past winter, they have done just that.

Some might argue that this has very little to do with the increase in salaries over the years. After all, small-market NFL teams are still able to dole out large amount of cash to either re-sign their own players or add external free agents. The only difference here is that the NFL has a hard cap. 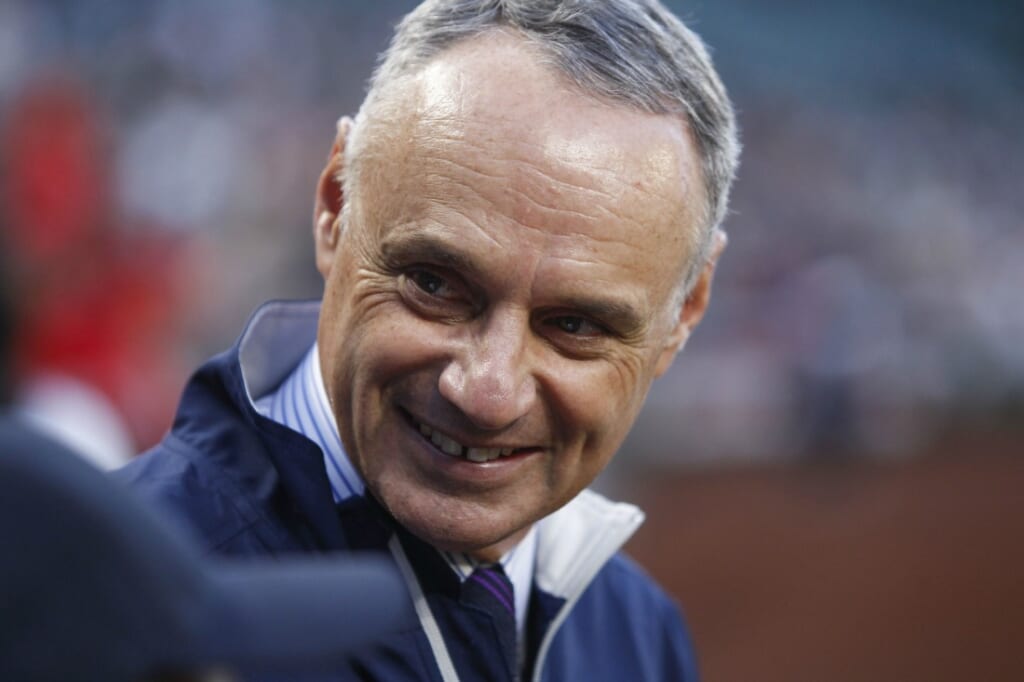 Courtesy of USA Today Images: Rob Manfred has a balancing act ahead of him.

With the average baseball contract heading north of $5 million and double-digit percentage increases in each of the past two years, where are these salaries going to be in say 2020? Are we looking at the first sport to reach an average salary of near $10 million? A lot of that may have to do with added television revenue and the continued growth of the once fledgling sport. However, it appears that’s the direction we are heading.

Whether it’s sustainable in the long term is another question. Once owners see a larger amount of their revenue go to players, there will be some potential collective bargaining issues. That’s obviously dependent on salaries continuing to spike with revenue balancing itself out. That’s also where new commissioner Rob Manfred and his proposals for long-term growth come into play.

Baseball is entering uncharted waters right now. It now needs to make sure that sustained growth isn’t impacted by a record increase in player salary. If that happens, it could become a house of cards that’s ready to collapse from within. Until then, baseball’s growth will continue to create an environment where its players are rewarded more than any other professional sport in North America.