Former Arizona State linebacker Vontaze Burfict entered his junior season as an All-American and likely top-10 pick in the 2012 NFL draft. He was mean and passionate on the field, which brought a ton of comparisons to the best linebacker in the NFL at the time, Patrick Willis.

At 6’1″ and 248 pounds, Burfict seemed like your protoypical inside linebacker at the next level. 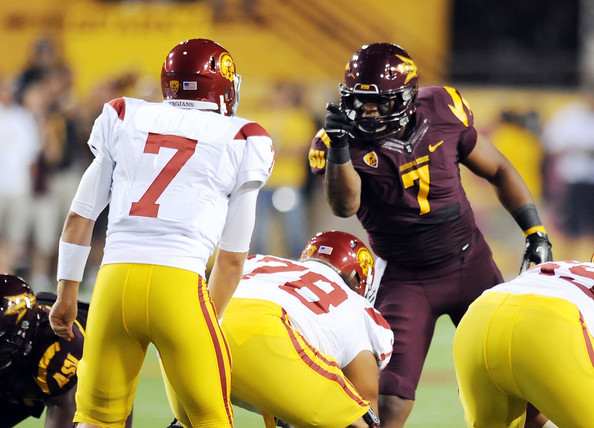 Courtesy of Zimbio.com: On-field behavior became a downfall for Burfict in College.

But then everything changed. Burfict started to take that mean streak to an entirely new level and was seen as nothing more than a dirty player on the field.

Multiple incidents from his time at Centennial High School in Southern California to his days with Arizona State, led many to the conclusion that Burfict simply didn’t have a future in the NFL.

One NFL scout had this to say about Burfict during the 2012 Scouting Combine in Indianapolis (via CBS Sports).

I wouldn’t touch him…He does have some talent, but he is so undisciplined on and off the field. The guy is completely out of control. There’s no way you could trust him. I can’t believe they (ASU coaching staff) didn’t cut him loose.

Despite the fact that Burfict was considered one of the most-talented overall linebackers in the draft, this opinion was repeated over and over again during the scouting process.

NFL Media’s Mike Mayock expanded on what the scout had to say (via Pro Football Talk).

I put his tape on with absolutely zero preconceived notions. I watched three tapes and really didn’t like him as a football player. I think he’s a non-draftable kid. For me, he’s a free agent.

Speaking more about Burfict’s on-field shortcomings, the widespread thought leading up to the 2012 NFL draft was that he failed to show discipline on the field. As someone who spent countless hours scouting the talented linebacker, this was readily apparent to me. He struggled taking himself out of plays too often, didn’t possess solid coverage technique and failed to show elite sideline-to-sideline speed. Relying too much on his pure physicality, Burfict was able to mask these shortcomings in a Pac-12 conference that wasn’t what it is today.

I wasn’t alone in this thought.

NFL.com posted this blurb during the scouting process.

You would be hard-pressed to find a player whose on-field discipline issues had such a negative effect on draft status as Burflict’s have affected him this year.

He is capable of being the physical inside presence for an NFL defense, but not many coaches are going to have the patience to deal with personal foul penalties like the coaches did at ASU where, frankly, Burflict was the only option inside.

He has put on weight within the last year that has really slowed him down, and while that size has boded well for players like Brandon Spikes of New England, it has really inhibited Burflict’s athleticism and ability to get sideline to sideline.

So it wasn’t too difficult to understand why Burfict ended up lasting all seven rounds of the 2012 NFL draft. Once considered a top-10 pick, the former All-American found himself taking calls from several NFL teams as an undrafted free agent.

The fall from grace for the former five-star recruit was swift and nearly unprecedented in modern times, especially for a defender of his caliber.

But it could have been foreseen by some considering the difficult life Burfict had prior to being recruited by Arizona State, as Sports Illustrated reported in the lead up of the 2012 draft. 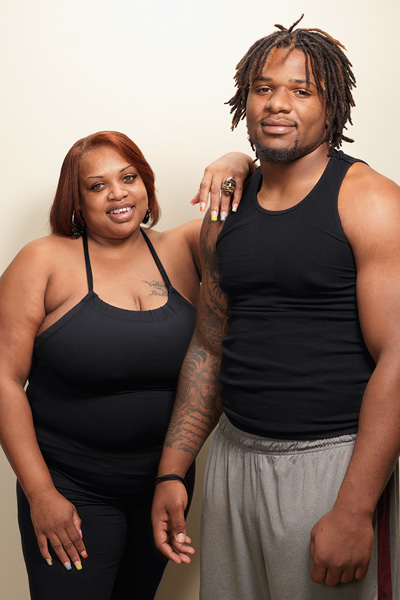 Courtesy of ESPN.com: Burfict pictured with his mom.

His mother was in a gang with her boyfriend at the time (Vontaze’s father) in South Central. Shortly after Burfict was born, his father was arrested for possession of cocaine with intent to sell. According to the SI report, the elder Burfict has been in and out of jail ever since, never really having a relationship with his son.

While Vontaze’s mom eventually broke free of the gang-life style when he was 15 and became a role model in his life, it’s an important background to his story. Far be it for any of us to have some sort of grasp on exactly what it must have been like for Burfict growing up in that situation.

That’s not meant to be a cop-out in any way. But as this LA Times story from 2011 points out, Burfict’s childhood wasn’t one of bicycle riding and snow-cone eating.

At 4 months, Burfict had after a near-fatal bout with rotavirus, a disease common among infants that causes inflammation of the stomach and intestines, and was hospitalized for a month and a half.

At 3, he was playing with a lighter and burned down the family’s one-bedroom, one-bathroom apartment in West Covina, a fire from which he barely escaped.

At 13, while riding in his mother’s car on the 210 Freeway in San Dimas, an 18-wheel truck sideswiped them, pushing the car over a cliff, where it tumbled two stories. 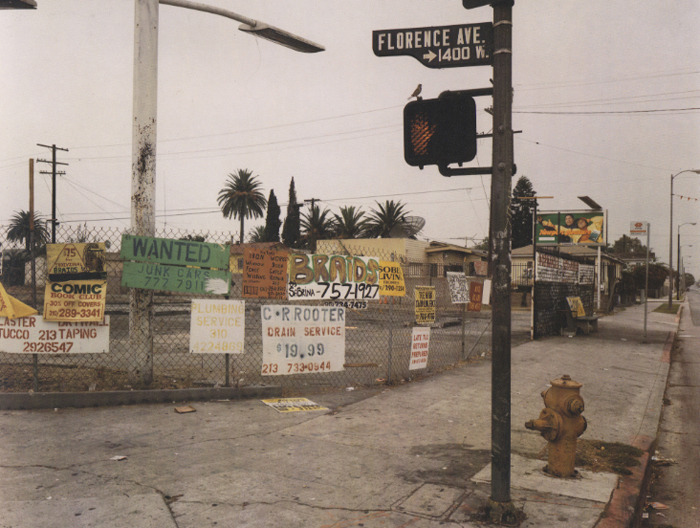 If you have ever been to Florence Avenue in Sout Central, it’s evident what Burfict overcame to get here.

Burfict points to another incident when he was a freshman in high school when gang members chased down his then teammate and stabbed him 13 times on Burfict’s front porch.

Reliving this incident, the Pro Bowl linebacker had this to say (via ESPN.com).

It could have been any one of us.

Looking back at the 2012 NFL draft, these are stories that we didn’t hear a whole lot about. Instead, our focus was on Burfict’s benching as a sophomore, his altercations with opposing teams on the field and a specific play in which we went after Matt Barkley’s knee in high school. These are just a few of the incidents that became the talking points when discussing Burfict in the lead up to the draft that year.

That’s what our focus is supposed to be on when evaluating a NFL draft prospect, but it’s also important to take a note where said prospect came from, his childhood and so on.

After all, it shows a great amount of determination to come from that, earn a college degree and make your name known on a national stage. We’ve seen this story repeated with others, Seattle Seahawks cornerback Richard Sherman included. It’s a story that normally goes untold. 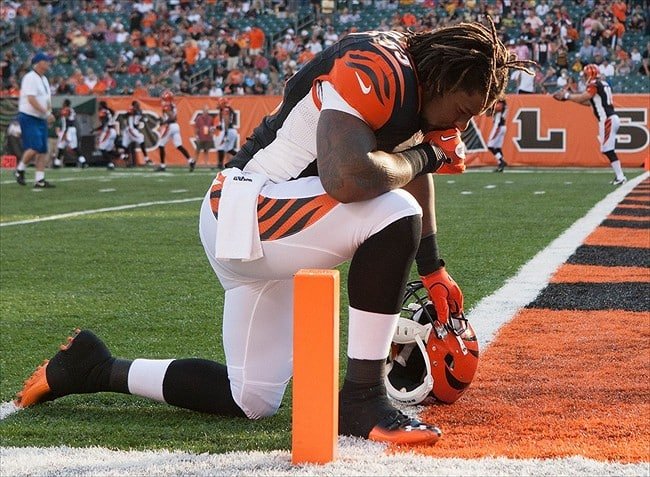 Courtesy of Fansided.com: Burfict’s past is a driving force in his life today.

Now a little more than two years removed from going undrafted, Burfict finds himself in a leadership role as one of the Bengals team captains. He does so fresh off a Pro Bowl appearance and new four-year, $19 million contract.

At just 23 years old, Burfict’s future is unlimited. He’s improved from a maturity standpoint both on and off the field, which are two things that scouts graded him down on prior to the 2012 draft. While still a violent force on the field, Burfict toned down his shenanigans under the tutelage of former Bengals defensive coordinator Mike Zimmer, who is now the Minnesota Vikings head coach.

And there is no reason to believe that Burfict will return to the player that scouts once called “completely out of control.” It’s the ultimate redemption story. From troubled kid in the ghetto and enigmatic loose cannon in college to Pro Bowler and team captain in the NFL.

At a time when all we hear about is the latest domestic violence charge or DUI incident, this is a really cool story that needs to be told. Good for you Mr. Burfict, we will all be cheering you on as you continue this amazing journey.