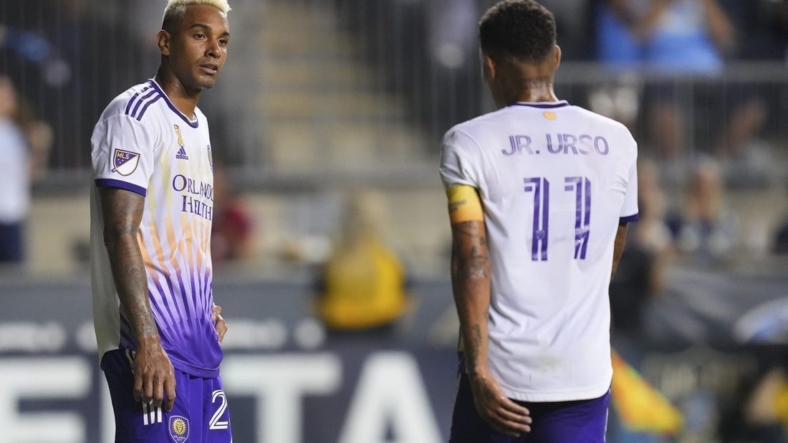 Orlando City SC will aim to continue their recent success at home on Wednesday night against an Atlanta United side that has just one win on the road this season.

Orlando City (12-11-6, 42 points) had won two straight MLS matches at home before emerging victorious against second-tier Sacramento Republic FC in the Lamar Hunt U.S. Open Cup Final. The Lions, however, followed that up with a 5-1 setback against the host Philadelphia Union on Saturday.

“In regard to the game (against the Union), I thought it was very level in the first half,” Orlando City coach Oscar Pareja said. “We tried to modify some positioning and some things worked, some others didn’t and nothing else (from the game) but finding a team that was better than us.”

That setback slowed the momentum of Orlando City, who reside tied for fifth place in the Eastern Conference.

Junior Urso recorded his seventh assist on Andres Perea’s first goal of the season on Saturday.

Mauricio Pereyra, who is tied for the team lead with nine assists, netted his lone goal of the MLS campaign in a 1-1 draw against Atlanta United on July 17.

Defender Juan Sanchez Purata, who netted the lone goal for Atlanta (9-12-9, 36 points) in that match, recorded a hat trick in a 4-2 victory over Toronto FC on Saturday.

The most recent win was a welcome one for Atlanta United, who will now focus on improving upon a disastrous 1-9-5 mark on the road this season. The Five Stripes find themselves in 10th place in the Eastern Conference, five points below the playoff line.

“We have to do our part, which is going game by game, trying to win every game,” Atlanta coach Gonzalo Pineda said. “But not just the result, which ultimately is what defines our jobs, but it’s the performance. The type of performance that we showed (Saturday) is similar to what we want from the team.”

Star striker Josef Martinez, who leads the team with eight goals, will return Wednesday following a one-game suspension for conduct detrimental to the team.