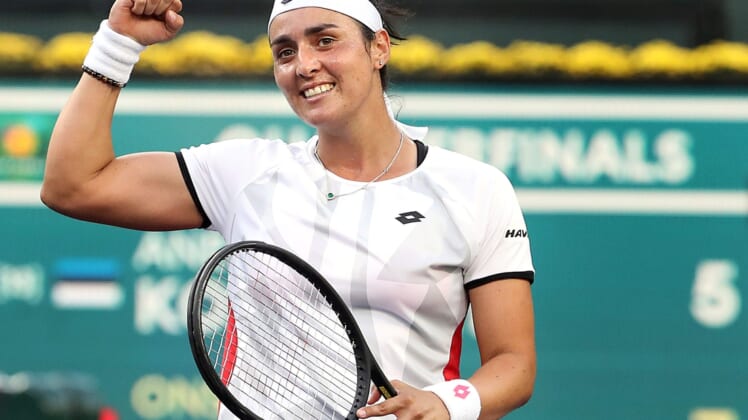 Ons Jabeur will become the first Arab tennis player ever to rank among the world’s top 10 thanks to a 7-5, 6-3 win over Estonia’s Anett Kontaveit on Thursday in the quarterfinals of the BNP Paribas Open in Indian Wells, Calif.

Her quarterfinal appearances at the Australian Open in 2020 and Wimbledon in 2021 are the best ever for an Arab woman. 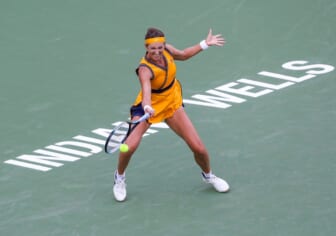 She leads the tour with 48 wins this year.

“When I spoke at the end of last season, I said I wanted to be in the top 10,” Jabeur said. “People doubted us as a team, but we proved them wrong. … We have been working so, so hard.

“Being in the top 10, it means a lot, but we’re not going to stop here. We’re going to go further, hopefully, and now focus on this tournament.”

Jabeur jumped out to a 4-1 lead in the first set Thursday before Kontaveit rallied for a 5-5 score. Jabeur broke serve in the next game, then served out the set.

Down 2-3 in the second set, Jabeur won the final four games to seal the match. 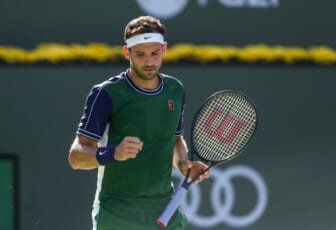 Badosa broke Kerber’s serve in the last game of the first set to take the lead, and she raced to a 5-2 lead in the second set. Kerber rallied to pull level at 5-5, saving two match points in the process. However, Badosa again broke serve to wrap up the match.

“It was a really tough one,” Badosa said. “I never played her, so at the beginning was a little bit surprising for me, her game. … I needed some games to adapt.

“I think I played quite good and I adapted to her game quite well as well. I fight until the last point. It was very tough, but I’m very happy that I could get the win.”

The other semifinal match Friday will feature 27th-seeded Victoria Azarenka of Belarus, a two-time Indian Wells champion, and 24th-seeded Jelena Ostapenko of Latvia.