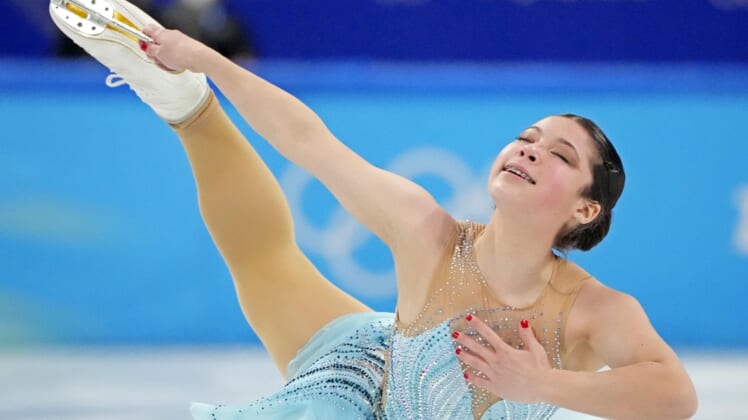 Alysa Liu, who represented the United States at the 2022 Beijing Olympics, is retiring from figure skating at age 16.

She announced Saturday on Instagram that she is moving on from the sport. She won the U.S. national championship in 2019 at age 13 and again the following year.

In Beijing, Liu finished in seventh place, and at the world championships last month in France, she won the bronze medal. The Russian women, who finished in three of the top four spots in Beijing, did not compete at the worlds.

In her post, Liu said she started skating at 5.

“It’s been an insane 11 years. a lot of good and a lot of bad,” she wrote. “I’ve made so many friends, and so so sooo many good memories that I’ll have for the rest of my life.”

Liu, a native of Oakland, Calif., said she expects to spend her free time with family and friends, as well as studying.

The Liu family made news in March for its connection to a spying operation that targeted Chinese dissidents. Her father, Arthur Liu, helped to organize pro-democracy demonstrations in China before he moved to the United States as a political refugee.

The Justice Department announced charges on March 16 against five men who allegedly acted on behalf of the Chinese government to intimidate critics, including the elder Liu, living in the United States.