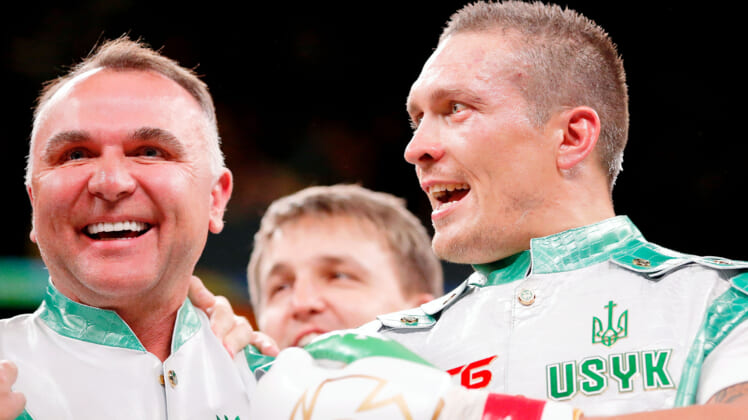 Former undisputed cruiserweight champion Oleksandr Usyk is one step away from achieving this feat in the heavyweight division, defeating Anthony Joshua via unanimous decision to win the unified IBF, WBA and WBO heavyweight championship.

Usyk now improves to a perfect 19-0 in his professional career while Joshua drops to 24-2 with this being his first career loss on the scorecards. With the win, Usyk is now the third Ukrainian heavyweight champion in boxing history along with the Klitschko brothers Wladimir and Vitali.

The road to this fight being made was an absolute roller coaster actually beginning in February 2020 when Tyson Fury shockingly knocked out Deontay Wilder to claim the WBC heavyweight title.

It was announced that Wilder would invoke his rematch clause but after negotiations stalled. Fury sought other options. This led Wilder to seek mediation from an arbitrary judge to force a third fight against Fury.

In the mean time, Fury began negotiations for a fight to crown an undisputed champion against Joshua while Usyk was in talks for a fight against up and coming heavyweight and amateur rival Joe Joyce.

On May 17, 2021, Fury announced on Twitter that a fight between him and Joshua was set to take place on August 14 in Saudi Arabia. However, these plans were hampered when 24 hours later an arbitrary judge ruled in favor of Wilder forcing a third fight between him and Fury which will now be taking place on October 9.

In need of an opponent, Oleksandr Usyk (the number one contender in the WBO) stepped in to take on Joshua leading to Joyce taking on Carlos Takam in July in a bout he won.

This was just Usyk’s third fight since moving up from heavyweight with his last bout against Dereck Chisora seeing him achieve number one contender status. 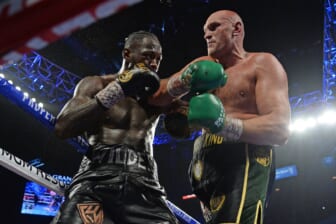 Joshua came into this bout with a distinct height and reach advantage over the Ukrainian standing at 6’6 with an 82′ reach compared to Usyk’s 6’3 height and 78′ reach.

From the opening bell, Usyk’s movement and punching combinations seemed to overwhelm Joshua staggering him a couple times throughout the fight.

Usyk was also sharp defensively dodging many of Joshua’s significant punches racking up wins in the early rounds. However, Joshua began to gain a rhythm targeting the body of Usyk rather than just continuing to focus on getting that big shot to the head.

This opened up Joshua to catch Oleksandr Usyk on a couple of occasions but to Usyk’s credit he remained composed and responded to every time landing a number of significant punches.