Oklahoma’s Lincoln Riley has no interest in NFL job 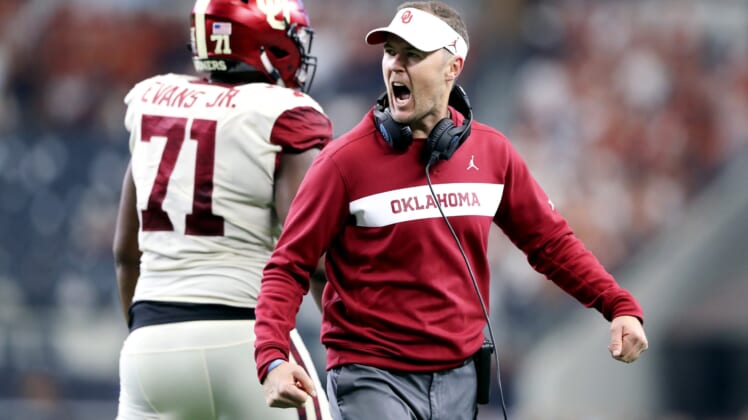 NFL teams looking to land young Oklahoma Sooners head coach Lincoln Riley might have to wait a decade or so.

In the lead up to his team’s College Football Playoff Semifinal game against Alabama, Riley squashed rumors that he will be interested in an NFL job following the playoff.

“I can’t tell you how I’m gonna feel in 10 years, but no, not right now,” Riley told reporters on Thursday, via the NY Post. “If I wasn’t at one of the elite programs in the country, maybe, but no, I’m very happy where I’m at right now.”

Riley, 35, has been linked to multiple NFL openings. That includes both the Green Bay Packers and Cleveland Browns. But he has a great thing going in Norman.

Oklahoma has posted a 24-3 record under Riley since he took over as head coach last season. The program is embarking on its second consecutive trip to the CFP under the young head coach.

“If it was 20, 30 years ago, where there were some major differences, maybe,” Riley continued. “The way the college game has evolved, financially it’s a lot better situation now when you compare it to NFL teams.”

Indeed, Riley landed a new five-year, $25 million contact from the Sooners back in June. That’s NFL-level pay right there. And at just 35 years old, he can wait until later in his career to make a move to the pros.