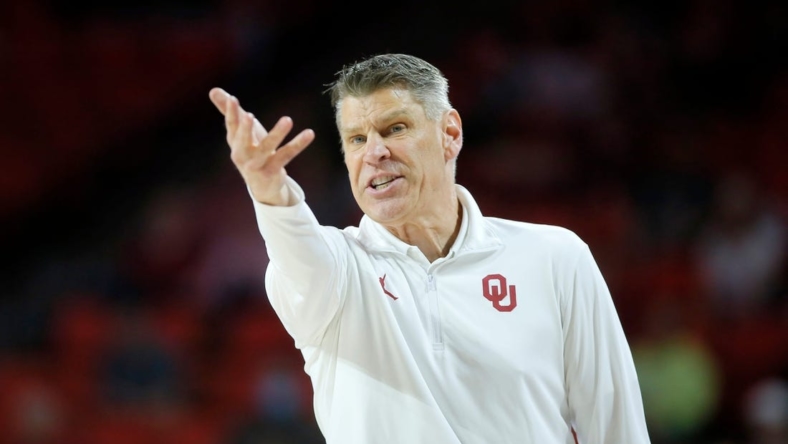 Jalen Hill scored 22 points and Grant Sherfield added 16, all in the second half, as Oklahoma hung on to beat Arkansas-Pine Bluff 66-58 in Norman, Okla., on Friday night.

Hill, who went scoreless in the Sooners’ opening game, an upset loss to Sam Houston on Monday, went 8 of 10 from the floor and added seven rebounds.

Shaun Doss Jr. led the Golden Lions (1-2) with 17 points on 7-of-15 shooting, although he picked up his third foul early in the second half.

That was when Sherfield made his presence felt, hitting 3-pointers on consecutive possessions to push the Sooners’ lead to 45-38, its largest to that point.

Arkansas-Pine Bluff, which threw a scare into No. 14 TCU before falling 73-72 on Monday, wasn’t finished. The Lions trimmed their deficit to two on a free throw by Doss with nine minutes left.

The Sooners (1-1) gradually rebuilt their lead, going up by eight on Milos Uzan’s 3-pointer with 5:52 left, but the visitors scored six straight points to chisel the deficit to 56-54 with 2:36 to go.

Arkansas-Pine Bluff had a chance to tie with just over a minute left, but a Tanner Groves steal gave the ball back to Oklahoma and led to a layup by Hill for a 60-56 lead.

Uzan then made a steal and hit a pair of free throws to widen the lead to six with 30 seconds left.

Groves contributed seven points, 11 rebounds and four assists for Oklahoma, which shot 47.8 percent from the floor but hurt itself with 13 turnovers and by going only 19 of 28 at the free throw line.

Milton scored 13 points and Ismael Plet added 10 points and 10 rebounds for the Golden Lions, who shot 41.1 percent from the floor.

The teams combined to hit only 6 of 24 shots from 3-point range, with Oklahoma making 3 of 14.

Neither team led by more than three points in the first half until Hill dropped in a layup off the feed from Tanner Groves for a 30-26 lead with 12 seconds left.

The game was tied six times and the lead changed hands 12 times in the half.