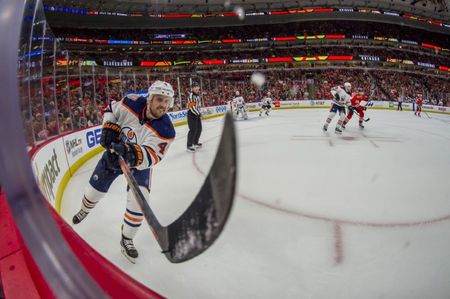 Edmonton Oilers defenseman Kris Russell signed a one-year, $1.25 million contract extension that will run through the 2021-22 season, the team announced.

Russell could have become an unrestricted free agent after this season.

Russell has collected 236 points (46 goals, 190 assists) and 259 penalty minutes in 846 career games with the Columbus Blue Jackets, Dallas Stars, Calgary Flames, St. Louis Blues and Oilers. He was selected by the Blue Jackets in the third round of the 2005 NHL Draft.