Edmonton Oilers defenseman Darnell Nurse to have hearing over headbutt 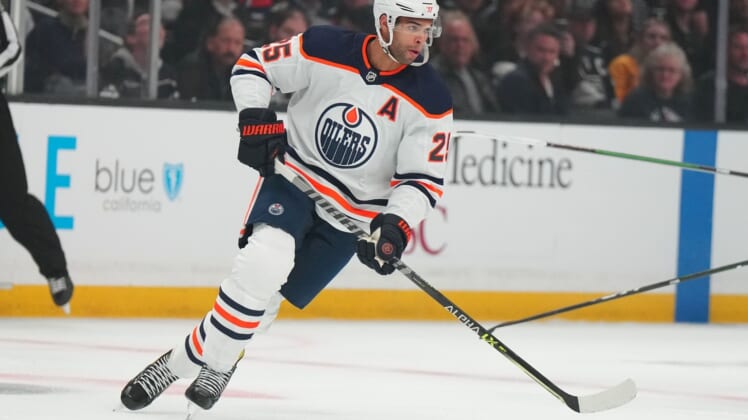 Edmonton Oilers defenseman Darnell Nurse will have a hearing with the NHL on Wednesday for the headbutt he delivered to Los Angeles Kings forward Phillip Danault in Game 5.

The incident occurred with five seconds remaining in the second period of Tuesday night’s game, won by the Kings, 5-4 in overtime. The Kings took a 3-2 lead in the best-of-seven series.

Nurse appeared to ram his helmet into the face of Danault, setting off a scrum. No penalties were called on the play.