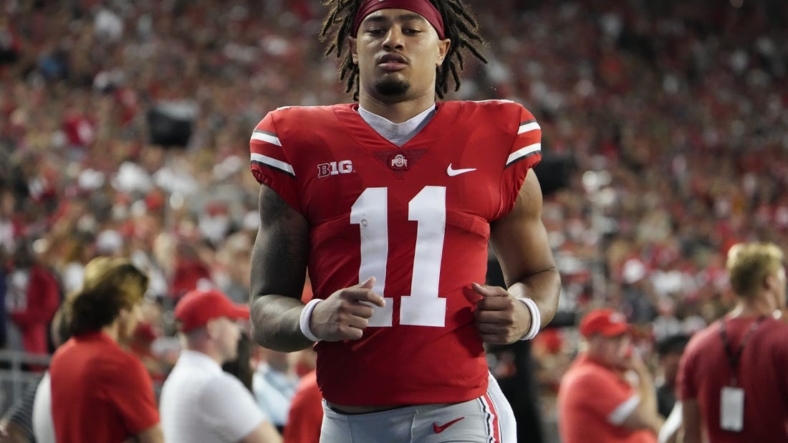 Smith-Njigba led Ohio State with school-record totals of 95 receptions and 1,606 receiving yards in 2021 and was named a preseason All-American. He sustained a hamstring injury in the opener against Notre Dame on Sept. 3 and missed last Saturday’s game against Arkansas State.

“He’s further along than he was at this point last week,” coach Ryan Day said of Smith-Njigba. “We’re going to expect him to play this weekend, we’ll see how this week goes, but we’re going to only put him in the game if we feel 100% sure that he’s ready to roll.”

Fleming caught 12 passes, including one for a touchdown, last season. He hasn’t played in the first two games for the Buckeyes (2-0) after sustaining an undisclosed injury in training camp.

In their absence, Emeka Egbuka and Marvin Harrison Jr. have taken the lead, tallying a combined 25 receptions for 448 yards and five touchdowns.