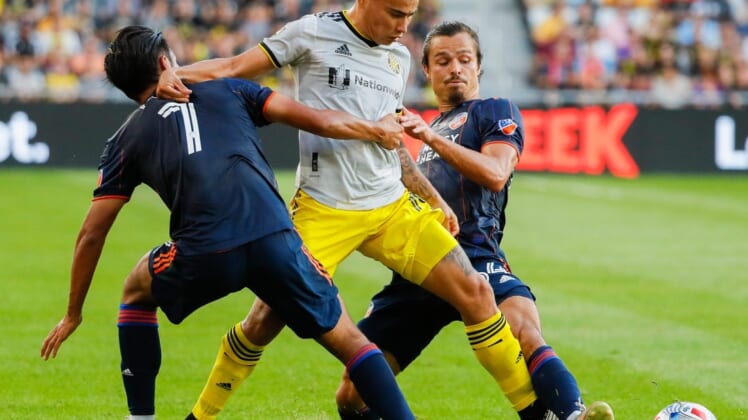 Ohio counterparts look to extend unbeaten streaks when the Columbus Crew host FC Cincinnati on Sunday, yet both are coming off disappointing results.

On the same night, Cincinnati (7-7-6, 27 points) twice squandered a lead, the last coming in the 82nd minute for a 2-2 draw versus Vancouver.

While a six-game stretch without a loss (one win, five ties) is a club record, FC Cincinnati have four consecutive draws.

“We’ve taken a step back in terms of results over the last four games because we should have more points,” Cincinnati coach Pat Noonan said. “Those should be wins.”

Cincinnati will play the Crew without MLS All-Star midfielder Luciano Acosta, who will serve the second of a three-game suspension for “exhibiting aggressive behavior toward and making unwanted physical contact with a match official in the 90th minute of Cincinnati’s match against the New York Red Bulls on July 9,” according to the MLS Disciplinary Committee.

Acosta has six goals and 10 assists.

Cincinnati may also be missing striker Sergio Santos (leg), who was injured Wednesday in his FCC debut after being acquired from the Philadelphia Union.

The Crew have no such problem and have been boosted by the addition of Cucho Hernandez, who has three goals in 73 minutes while coming off the bench in his first two matches since transferring from England’s Watford.

He has quickly bonded with Lucas Zelarayan, who assisted on both Hernandez goals vs. D.C.

Hernandez, who could get the start Sunday, is the first player in Crew history to score in each of his first two MLS appearances.