Officials blasted for robbing Dallas Cowboys of an obvious TD 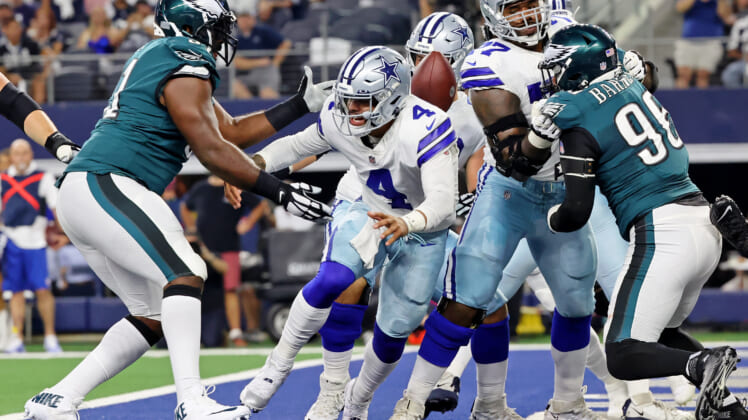 The Dallas Cowboys appeared to score with roughly six minutes remaining in the first quarter against the Philadelphia Eagles to take a 13-7 lead Monday night.

Dak Prescott scored on a quarterback sneak from the one on fourth down. Even live, it appeared that pretty much his entire body was across the goal line.

In an absolutely shocking manner, said officials refused to overturn the call on the field and gave the ball to Philadelphia at the one. What’s the point of reviewing a play if officials are going to push back against overturning pretty much any call?

Officials blasted for robbing Dallas Cowboys of a touchdown