However, it’s looking less likely than before. OBJ took to social media on Wednesday to report that the Rams low-balled him with a contract offer after he suffered the aforementioned ACL tear. “LA knows where I wanted to be, but they didn’t offer me anything,” Beckham wrote on Twitter.

In another tweet, OBJ wrote “I went out to win a (championship) there knowin(g) the risk of playin(g) without an ACL. And then, I got the lowest of low offers after that goin(g) into the next season. Impossible,” Beckham Jr. posted on Twitter.

Beckham, 29, is eyeing a mid-November return from the ACL tear he suffered last season. No signing is imminent as teams wait for him to be 100% ready. But there promises to be a bidding war for his services among contending teams. In reality, it could come down to finances with the three-time Pro Bowler looking for a multi-year deal. That could technically eliminate the Rams unless they up their offer.

Most recently, the Kansas City Chiefs have come up as an option. They are said to be looking to add a receiver to the mix after trading star Tyreek Hill to the Miami Dolphins this past offseason. While the recently-acquired JuJu Smith-Schuster and Marquez Valdes-Scantling have played pretty well, neither has scored a touchdown through five games. Instead, it’s tight end Travis Kelce who leads the NFL in scores with seven.

The Green Bay Packers have also been bandied about with two-time reigning NFL MVP Aaron Rodgers working with a strugling wide receiver group. He recently talked about potentially signing OBJ.

“Well first he’s not healthy yet, I don’t think, so I don’t think there’s a need to comment until he’s healthy. But that’s really a question for [general manager] Brian [Gutekunst] and his staff. I’m always going to be for adding anybody to our squad who can help us win. Whether or not we need an OBJ, who knows, but I like the person, love the player and just want him to be healthy, honestly. He’s been through a lot the last few years, and that’s the most important thing.” 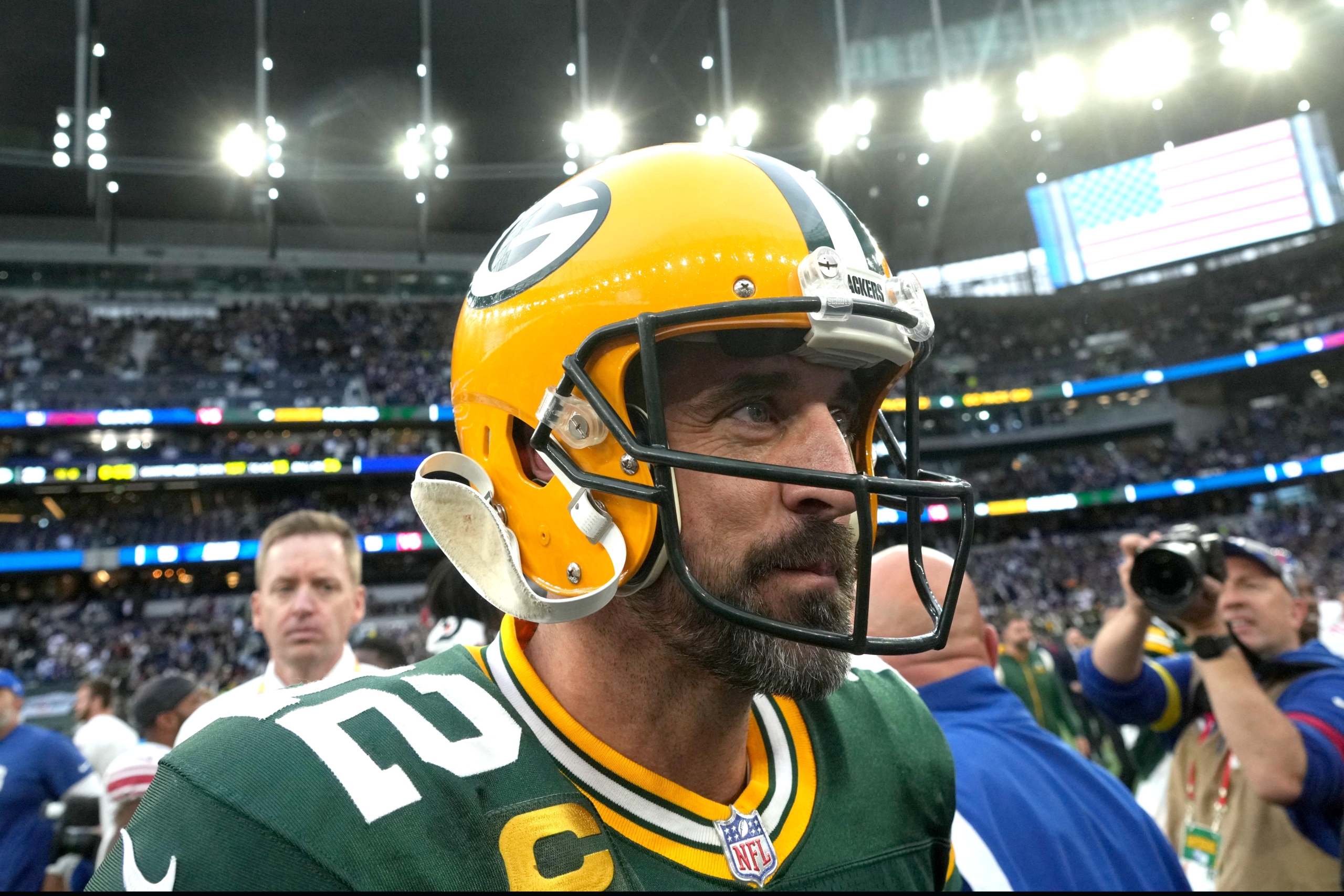 Green Bay is 3-2 on the season and is coming off an ugly loss to the New York Giants in London. The team is obviously missing star wide receiver Davante Adams after trading him to the Las Vegas Raiders this past offseason. For his part, Beckham Jr. has noted that he’d like to play for Rodgers and the Packers.

As for the defending champion Rams, it’s not an overstatement to indicate that they need more help at wide receiver. The team is coming off two consecutive ugly losses and has absolutely no one behind Cooper Kupp at wide receiver. Big-time free-agent signing Allen Robinson has bombed out (12 catches, 107 yards this season).

A total of 37% of Matthew Stafford‘s completions have gone to Kupp, No other wide receiver on the Rams has more than 18 catches.