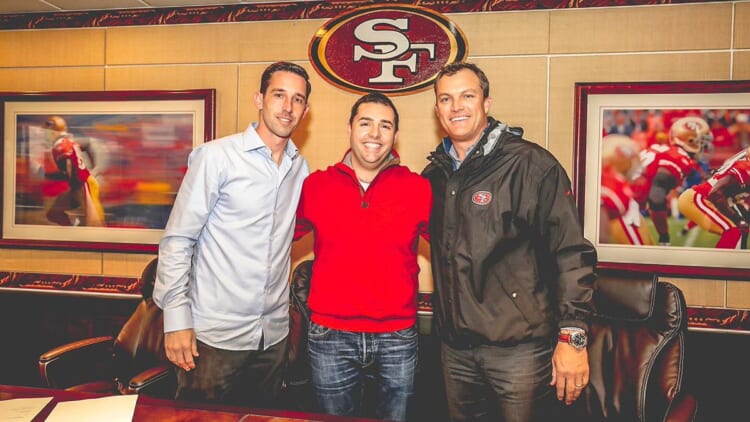 The San Francisco 49ers are coming off a disastrous 2-14 season that culminated in the team firing then head coach Chip Kelly after just one season.

On the other hand, the New York Jets won five games last season and have absolutely cleaned house since.

These remain two of the least-talented teams in the NFL. And while new 49ers general manager John Lynch has done well to add a ton of talent, there’s no reason to believe either team will be sniffing the postseason this upcoming January.

Just ask the Las Vegas based Golden Nugget. The casino came out with its odds for Super Bowl 52 just recently, and it’ not good for either of these two teams. Heck, a 49ers-Jets Super Bowl is currently drawing 5,000-to-1 odds.

Meanwhile, a potential Cowboys-Patriots Super Bowl has the shortest odds at 7-to-1.

Here are the odds for a 49ers Super Bowl against AFC competition. It’s definitely not good for first-year head coach John Lynch and his 49ers team (via ESPN).

vs. Buffalo Bills or Jacksonville Jaguars: 2,000-1

If you’re looking to make some nice money, maybe head to Vegas and place a couple bets on the 49ers. Then again, you probably have a better chance of hitting the jackpot on penny machines.