Oakland files breach of contract lawsuit against the Raiders, NFL 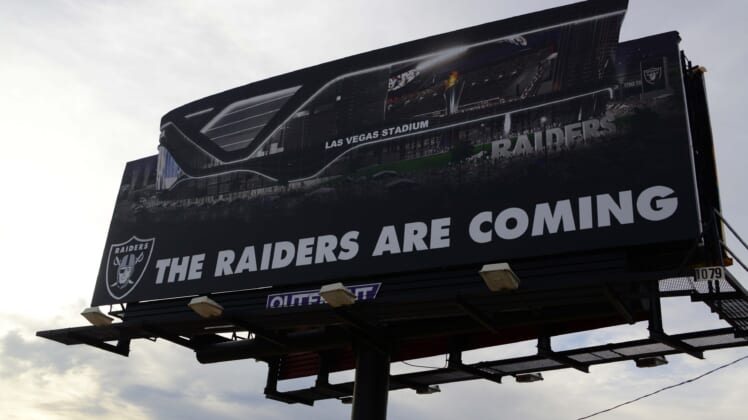 It’s quite possible that the Oakland Raiders’ time in Northern California could be coming to an end following the 2018 NFL season.

The city of Oakland just filed a breach of contract lawsuit against the Raiders and the league’s 31 other teams, claiming the defendants violated federal antitrust laws.

“In voting to approve the Raiders’ move to Las Vegas and boycotting Oakland in the marketplace for hosting a football club, the NFL defendants violated federal antitrust laws. The Raiders’ move also violated the NFL’s own policies for team relocation,” the lawsuit read.

The lawsuit will not seek to prevent the Raiders’ move to Las Vegas or force the team to remain in Oakland. At issue is branding. The city is demanding that the Raiders’ name remain in Northern California.

It’s somewhat similar to when the then-Cleveland Browns moved to Baltimore and had to rebrand as the Ravens for the 1996 season. Though, there are dramatic differences. Owner Art Modell agreed to keep the Browns name in Cleveland prior to the league’s other teams voting on relocation. No such promise was made by owner Mark Davis and the Raiders.

“The defendants brazenly violated federal antitrust law and the league’s own policies when they boycotted Oakland as a host city,” City Attorney Barbara J. Parker said. “The Raiders’ illegal move lines the pockets of NFL owners and sticks Oakland, its residents, taxpayers and dedicated fans with the bill. The purpose of this lawsuit is to hold the defendants accountable and help to compensate Oakland for the damages the defendants’ unlawful actions have caused and will cause to the people of Oakland.”

The Raiders had in the past threatened to move to temporary gigs prior to their permanent relocation to Vegas in 2020 if this lawsuit was filed.

While local venues don’t seem to be a reasonable landing spot for the Raiders in 2019, the cities of San Diego and San Antonio can act as temporary gigs. Sam Boyd Stadium on the outskirts of Vegas could also house the Raiders for the 2019 season.

The Raiders have one more game this season in Oakland. It comes on Christmas Eve against the division-rival Denver Broncos. That could very well be their last game in a city they’ve called home since moving back from Los Angeles in 1995.