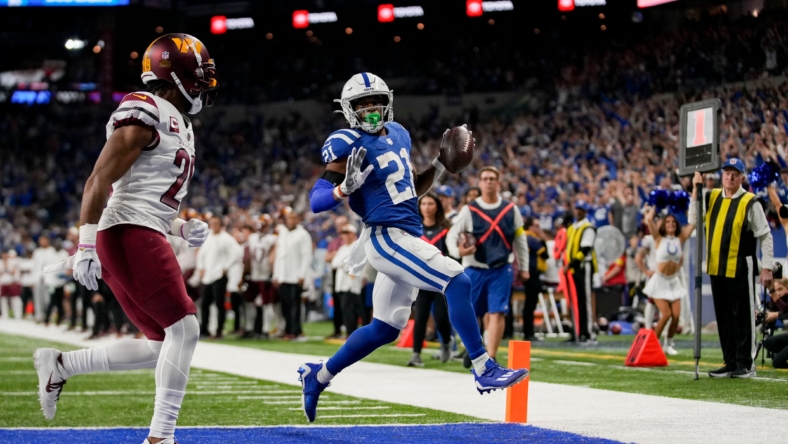 Nyheim Hines was not one of the bigger names on the NFL trade block leading up to Tuesday’s deadline. But teams viewed him as a rotational piece once the Indianapolis Colts made the veteran available.

Now that the deadline has passed, the Super Bowl-contending Buffalo Bills pulled off a late move by adding Hines to the mix.

Running back has been the one major issue for a Bills team that sits at an AFC-best 6-1 on the season and has hopes of hoisting the Lombardi in Arizona come February.

While Buffalo was in the mix for Christian McCaffrey before he found himself dealt to the San Francisco 49ers, that price was too high for general manager Brandon Beane and Co. Instead, Buffalo adds Hines on the cheap. The details of this deal include a conditional sixth-round pick in 2023 and running back Zack Moss heading to Indianapolis.

Impact of Nyheim Hines heading to the Buffalo Bills

The hope has always been to limit the hits Allen takes in the run game. Hines might not play a huge role in that given his career high in rushing yards is 380, set back in 2020. However, the former fourth-round pick from North Carolina State is a dual-threat out of the backfield.

As you can see, Allen now has another weapon in the passing game. Hines will team up with Singletary (23 catches in 2022) to provide more options to go with wide receivers Stefon Diggs and Gabriel Davis.

As for the finances here, Nyheim Hines is playing under a three-year, $18.6 million contract.