Just a couple years removed from his now infamous butt fumble, Mark Sanchez redeemed himself on Thanksgiving afternoon as a member of the Philadelphia Eagles by leading his team to a dominating victory over the Dallas Cowboys. 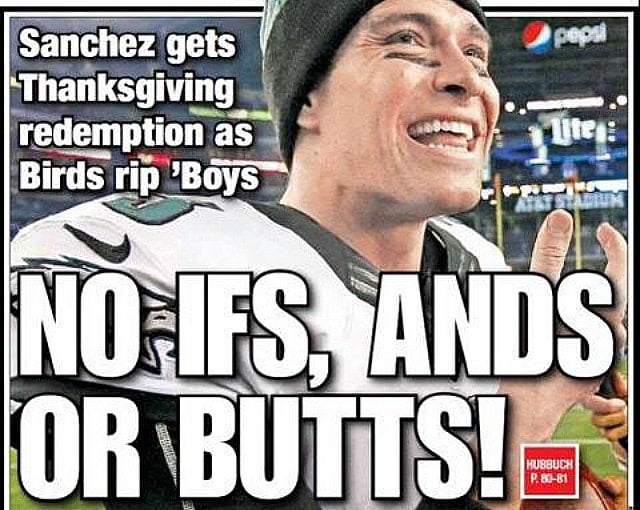 You simply cannot come up with a better headline here.

Sanchez completed 20-of-29 passes for 217 yards with a touchdown and zero interceptions in Philadelphia’s impressive 33-10 win over the Cowboys. This performance helped the Eagles gain a full game lead over Dallas in the NFC East.