Notre Dame gets balanced effort to blow out Southern Indiana 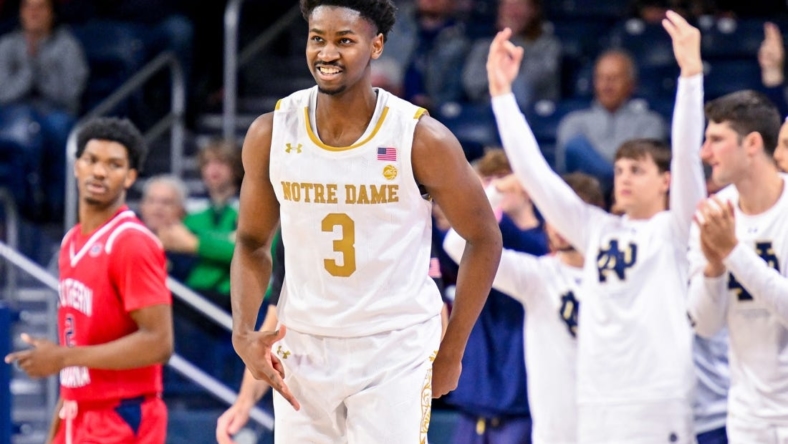 Notre Dame, which won its first two games by a combined 10 points over Radford and Youngstown State, improved to 3-0 for the first time since 2017-18. Southern Indiana, which is in its first season as a Division I program, fell to 1-2.

Notre Dame opened its first double-digit lead at 19-9 on Goodwin’s layup with 11:41 left. The basket was part of a 15-4 run for the Fighting Irish, who three times stretched their lead to 17 in the first half. Southern Indiana went 2-for-12 from the field during the hosts’ surge.

The Fighting Irish led 42-25 at the half and took their largest lead when Laszewski scored the first four points following intermission. Southern Indiana responded with an 18-5 run in which Polakovich scored the final eight points for the Screaming Eagles, including the pair of free throws that narrowed the deficit to 51-43 with 12:22 left.

Notre Dame then took control for good during a 10-2 run in which Ryan and Wertz had five points apiece and hit 3-pointers on consecutive trips to extend the Fighting Irish’s lead to 61-45 with 9:55 left.

Notre Dame led by as many as 19 points down the stretch before Lakes scored eight straight points to pull Southern Indiana within 11 points in the final minute.

The game was the first clash in men’s basketball between Notre Dame and Southern Indiana, whose campuses are located a little more than 300 miles apart.