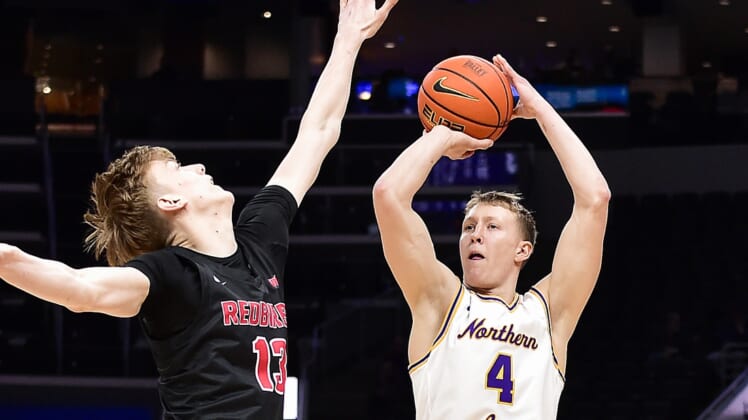 Northern Iowa standout guard AJ Green announced Wednesday that he is entering both the NBA draft and the transfer portal.

The two-time Missouri Valley Conference Player of the Year also said returning to Northern Iowa is a possibility.

“After talking with friends and family I have decided to enter the NBA draft with full intent to pursue my childhood dreams playing professionally,” Green wrote on social media. “I will also be entering the transfer portal. This will allow me to gather as much information as I can in order to make the best decision for my future. Returning to UNI will remain an option for me as well.”

Green is averaging 17.9 points and has made 266 3-pointers in 99 games at Northern Iowa. He ranks second on the school’s all-time 3-pointers list and is fourth in scoring with 1,769 points.

Green averaged 18.8 points and made a career-high 93 3-pointers this past season when he was named MVC Player of the Year for the second time. He also won the award for the 2019-20 season.

Green played in just three games in 2020-21 due to a season-ending hip injury that required surgery.

In terms of a possible transfer, Green’s father, Kyle, is an assistant coach at Iowa State.