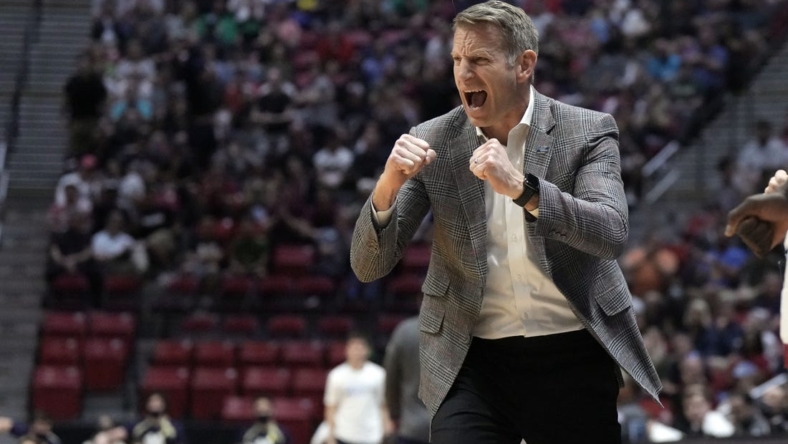 Naismith Trophy Watch List candidate Brandon Miller came through with a double-double, scoring 14 points and grabbing 13 rebounds, to help No. 20 Alabama roll past Longwood 75-54 Monday night in Tuscaloosa, Ala.

After ending last season on a four-game losing streak, the Crimson Tide got back on track to start the 2022-23 season.

Michael Christmas led the Lancers with 12 points. Longwood shot just 26.8 percent from the floor and was outrebounded 67-38. No one else for the Lancers scored more than six.

With the exception of trailing 3-2 after a 3-pointer by Christmas, the Crimson Tide were ahead of the Lancers.

They took their first double-digit lead of the night on a 3-pointer by Griffen with 7:17 left in the half. His shot gave the Crimson Tide a 24-12 lead.

The Lancers, though, didn’t back down and closed the gap to 34-26 at the half when Isaiah Wilkins nailed a 3-pointer with 53 seconds left.

Alabama shot 45.2 percent in the opening half of play but was just 1-of-13 from 3-point range. Longwood connected on only 25.7 percent of its shots in the first 20 minutes and went 4-for-8 from 3-point land.

Griffen hit a 3-pointer with 18:21 left that pushed the Alabama lead to 35-26. Just under two minutes later, Clowney buried a 3-pointer that gave the Tide a 42-27 advantage.